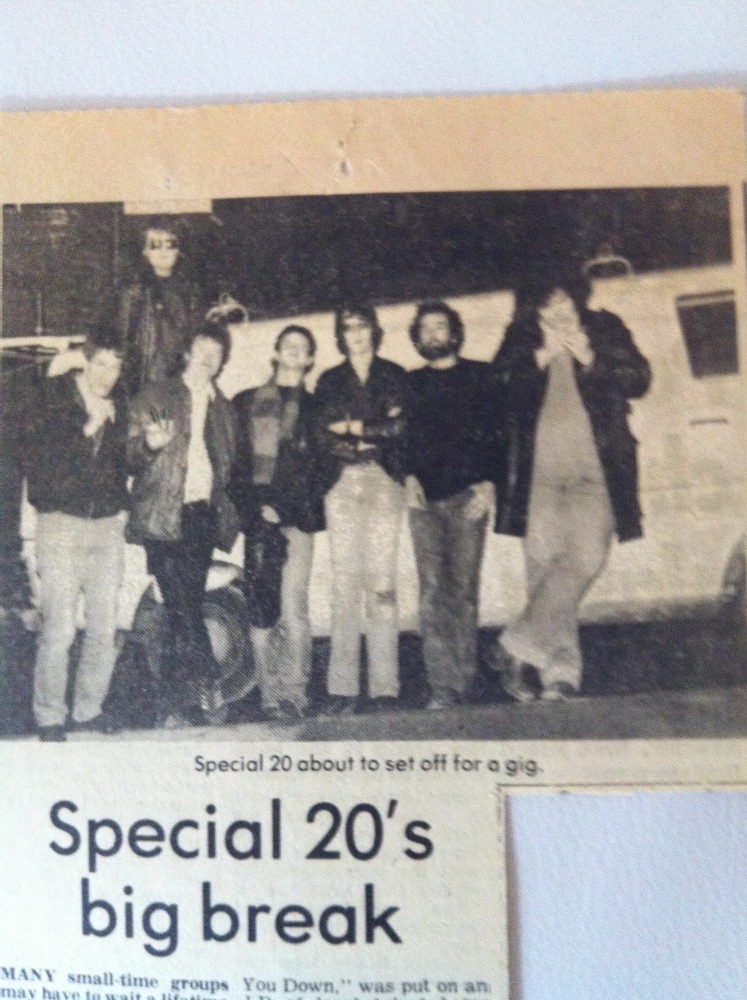 Special 20, mk. 1 outside the Birch in Ashton 1982, as seen in the Reporter.
L-R: Ed from the Zans (along for the ride), Mass the drummer, DJ on gob iron, Dave Hibbert on guitar, me on bass, Bryan Singleton on guitar, John Sharrocks on vocals.
Ed's still around somewhere, Mass no idea, DJ making kitchens in Whaley Bridge or somewhere, Dave Hibbert later ran off with my girlfriend to Brighton or somewhere, me in Hobart still playing bass, Bryan in Macc somewhere still playing with the Unshaggables, and John lives in Banbury but sadly had a stroke a couple of years ago.
Artefact added : 27th August 2014
by Ian Slater