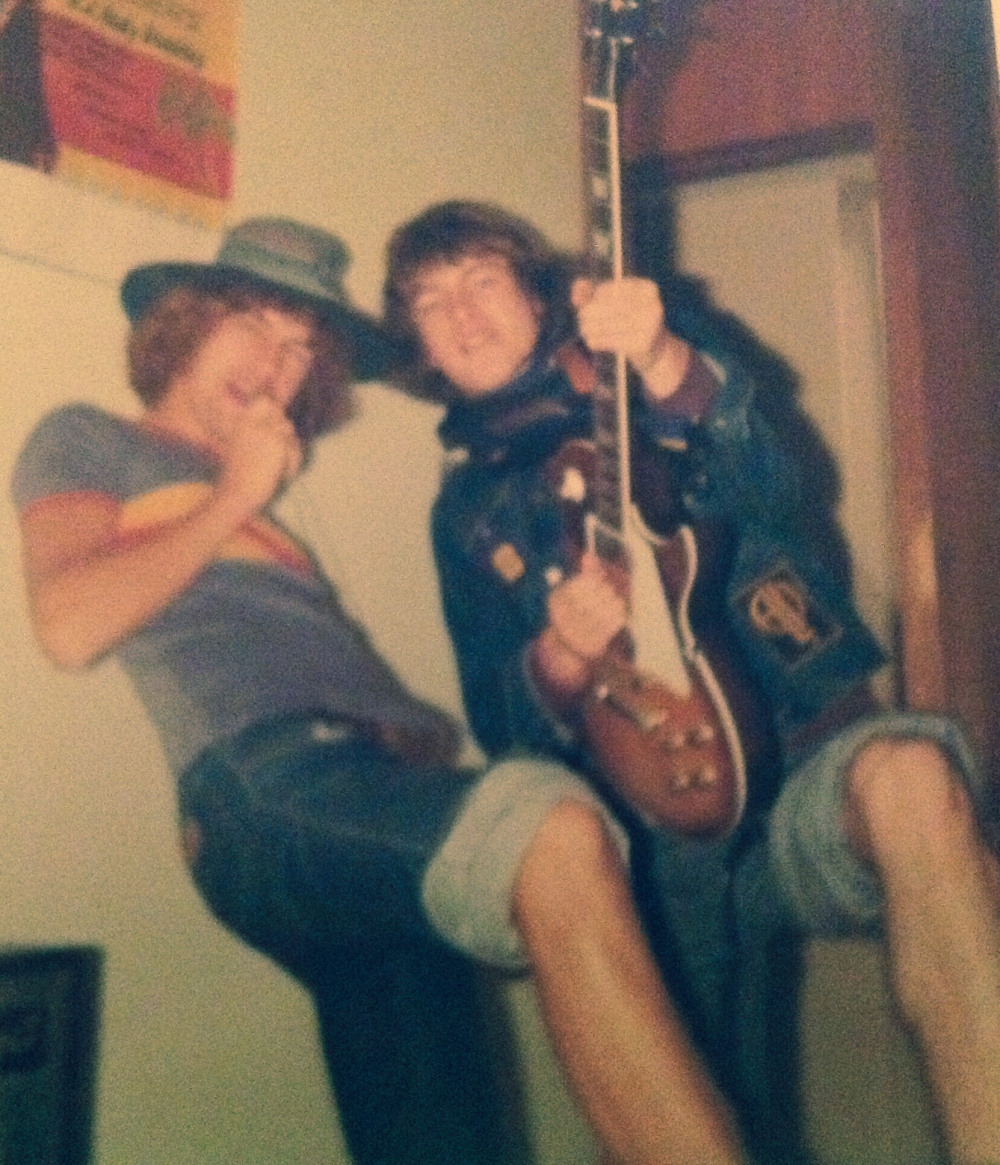 Pic of The Anticlimax Blues Band. We had one gig of one song! Two medical students Ian Pryce and Mark Newton. We wrote a song Biriyani Blues in praise of a famously dodgy curry house, The Plaza, on Upper Brook St behind Medical School, run by Charlie. We played the song on the tables one night. We then did it as Cry Wolf, and 40 year old version is on sound cloud under ipryce

OT Says –
Hi... you can link to the Soundcloud page if you click to edit your info and paste in the Soundcloud URL.
If you'd like to leave a comment, please Login. Login
Manchester Digital Music Archive is licensed under an
Attribution-NonCommercial-ShareAlike 4.0 International License.
Charity no. 1164179
Our archive currently contains 3796 Bands, 743 DJs, 1432 Venues, 294 Industry Professionals and 28239 artefacts contributed by 3896 members.