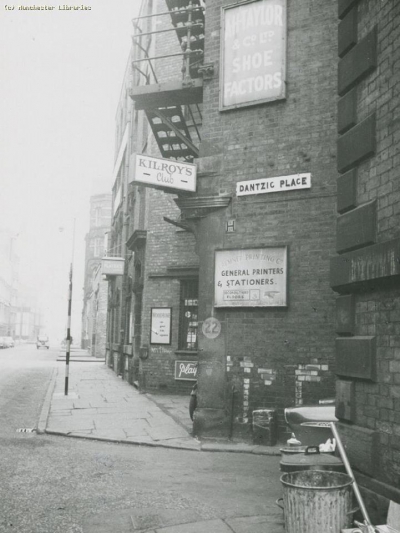 Photo of Kilroy's Club off Dantzic St, Manchester in the mid-70's.
A few months before Gyro and Mandala merged to form Sad Cafe in 1976, Gyro played Kilroy's which was then called Waves.

Dave Degg was the owner and his brother Brian managed the club.