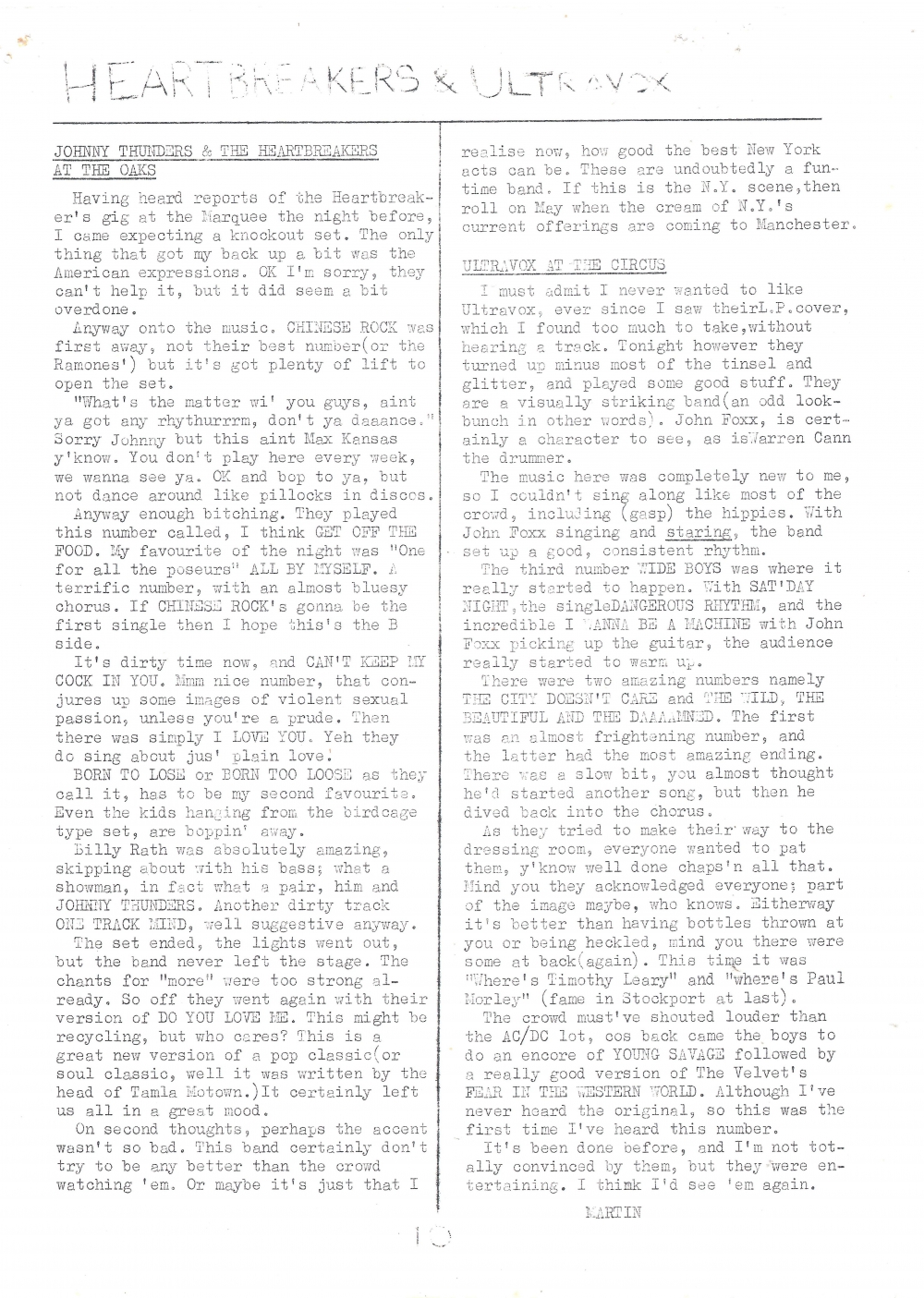 Page 10 of punk fanzine Ghast Up, featuring live reviews of Ultravox at the Electric Circus on Saturday 26 March 1977 and Johnny Thunders and the Heartbreakers at The Oaks in Chorlton on Tuesday 29 March 1977. I recall there were some very tall menacing looking characters around at the Heartbreakers' gig who I later discovered were their road crew. Ultravox played a Saturday night at the Circus as a replacement for The Enid, a rock band founded by Robert John Godfrey, the former musical director of Barclay James Harvest, who probably would not have qualified for inclusion in Ghast Up. The Enid are still going although sad to report that Godfrey is to quit the band having been diagnosed with Alzheimer's Disease at the age of 67.