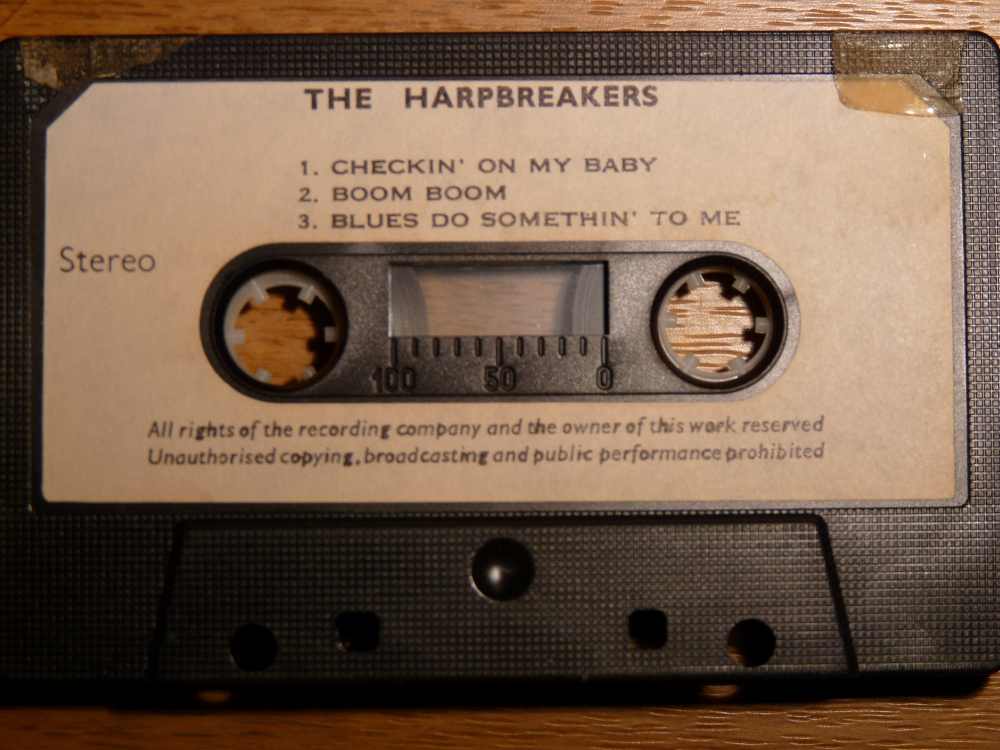 Well, there seem to be a few myths and unsubstantiated rumours flying around this website viz a viz the origins of The Harpbreakers (names of the perpetrators will be withheld in order to protect the guilty). Here’s what really happened.

Around the end of 1986 I left The Bamford Blues Band to concentrate on my final year at uni and after graduating in July ’87 I decided to put together a new band. My idea was to get away from guitar-based blues and make the harmonica the main focus of attention, while at the same time establishing a sound more reminiscent of the ‘50s and ‘60s rather than the more typical blues-rock stuff that was prevalent at the time. The initial line-up on paper comprised me on guitar, Ian “Joe” Slater (ex-Special 20/Bamford Blues Band) on bass, Cliff Milner (ex-Special 20/Bamford Blues Band) on drums and Nigel “Duke” Dunne on vocals and blues harp. Nigel was a lucky find since I was resigned to taking on both a vocalist and a harp player. It was my sister who suggested I try out her boss who “sang and played a bit of blues harmonica”. Result! Duncan “DJ Kane” Cheslett (ex-Special 20/Bamford Blues Band) heard that I was putting a new band together and asked me directly if he could be part of it. As I thought having two harp players in the band might work in a Rod Piazza/George “Harmonica” Smith kind of way, I agreed.

The first band meeting was held at the Red Bull on Middle Hillgate in Stockport in August ’87 but, before even the first rehearsal had come about, Cliff Milner baled out (the mad fool!) and was replaced by Bob Oates. The band’s first gig came along in November ’87 at a blues club somewhere on the fringes of Blackpool (I think). This proved to be Ian Slater’s only gig with the band. Although the gig went well, he decided that being in the band conflicted with work commitments and he left, to be replaced by Andy Borders (doing double duties with The Megaband).

The band subsequently went on to be regulars on the northwest circuit and soon gained a reputation for tearing up the house, with DJ and Duke forever trying to out-do each other in Extreme Harmonica. In the summer of ’89 John Brett (ex-Megaband) joined on second guitar just in time to record a session we did for Paul Jones’ Radio 2 Rhythm and Blues programme. I departed the band in October 1989 and my place was initially taken by my (still) good friend Ian Rough (currently with Lord Scotland), with Nigel taking over as band leader. Several personnel changes ensued over the following years, with the line-up becoming ever stronger and the sound more and more “authentic”. Although I was no longer a part of it, I was pleased that the band had gone on to realise my original vision largely through Nigel’s hard work and perseverance. I believe that Nigel has now moved to the states where he still gigs with The Harpbreakers USA.
Artefact added : 27th October 2014
by guitardunc

Ian Slater Says –
Your memory is much better than mine! Good post mate...