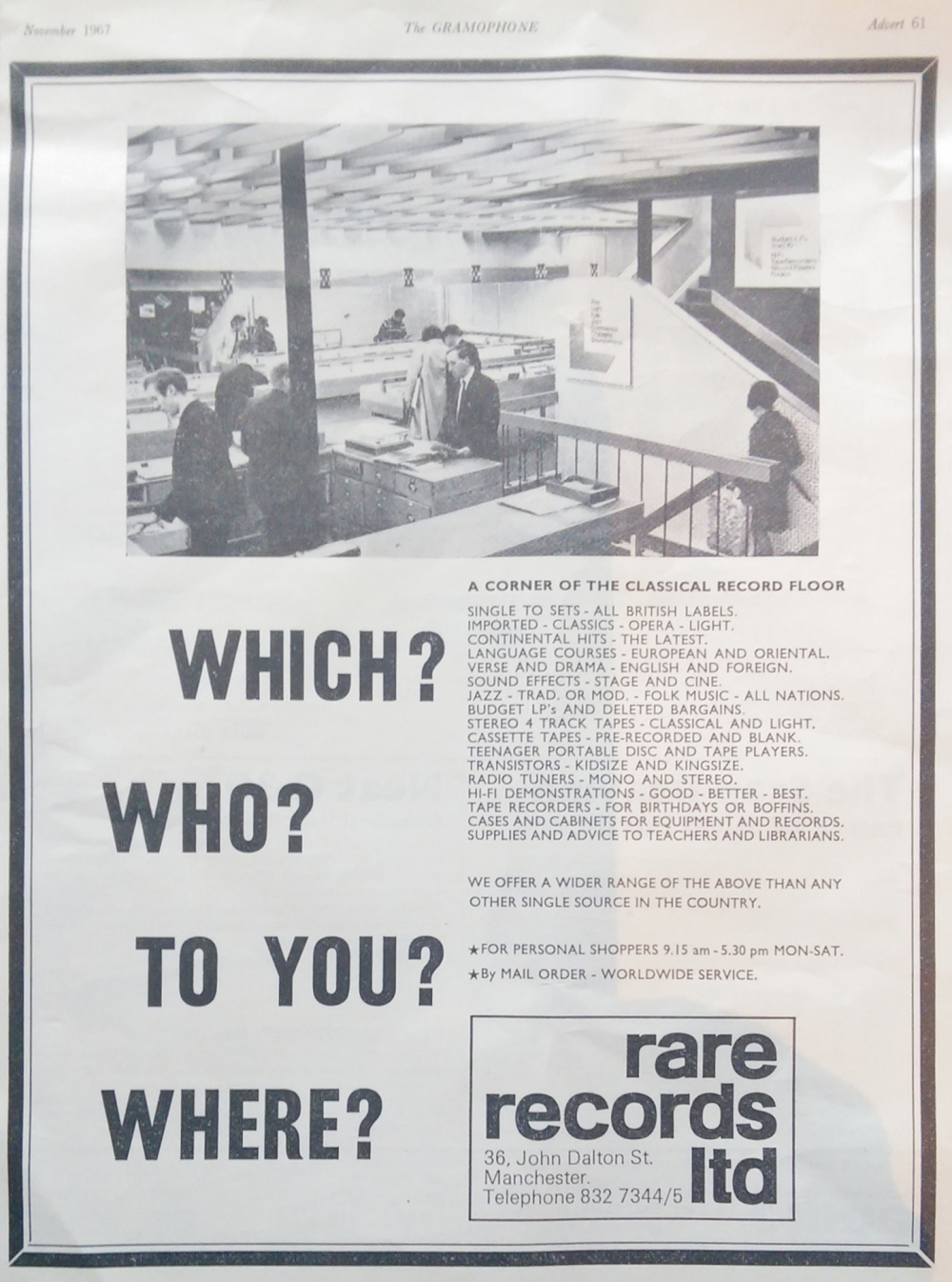 Bought on ebay for £2, this is a 1967 advert from "The Gramophone" magazine for the former Rare Records shop on John Dalton St. A fine emporium, the shop is often remembered as a former workplace of one Ian Curtis.

Furthermore, Johnny Marr had this to say to Mojo magazine in 2009:

"I ventured into this place called Rare Records on John Dalton Street in Manchester, I went into the basement and I remember to this day it was like a sea of future happiness. I'd never seen so many old 45s, all in covers, really well organised. It was a defining moment for me because it gave me somewhere to remember physically and mentally for a few years until The Smiths were formed. I bought The Monkees' Valerie, I'm Not Your Stepping Stone because I knew the Pistols covered it, and the Isley Brothers' This Old Heart Of Mine with Behind A Painted Smile on the other side and that kicked off a relationship with Tamla Motown which I've had to this day."

Situated at number 36, the shop is now the Ithaca restaurant: www.youtube.com/w...