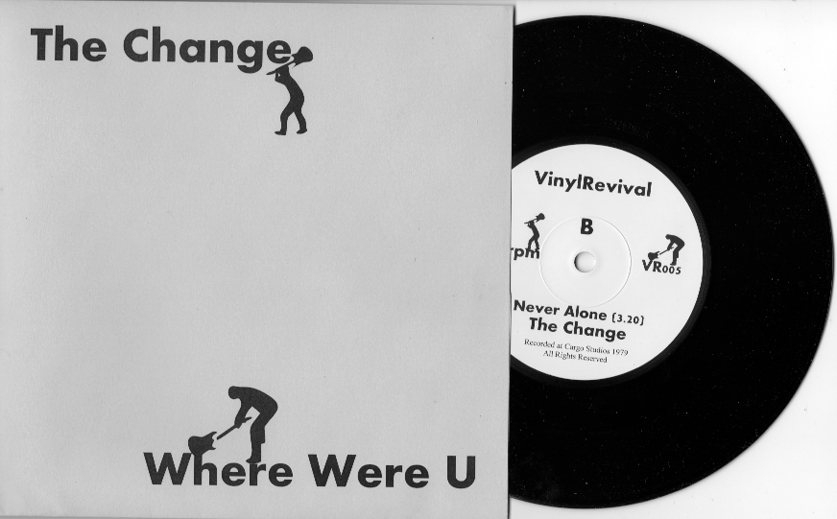 one for the vinyl junkies and record collectors out there....

it came as a pleasant surprise to me one day when an e mail popped up in my in box asking if i had any recordings of the band the change from cargo studios pre 1980....as it turned out i did.

the e mail was from colin white owner of record shop and record label vinyl revival over in hilton st in the northern quarter.he was putting together an lp of obscure manchester punk bands from the late seventies. The lp is still planned but working with so many bands caused delays so after getting the demo we recorded at cargo in 79 he decided he wanted to do a single because of all the bands that are going to appear on the lp we were the only one who were never released and that creates a buzz among record collectors....or so I'm told.
The demo was originally recorded simply to get gigs as our residency at the wishing well in swinton had come to an end and there wasn't too many places bands could play in the late seventies,It was never released due to the fact that we was not signed to a label and simply couldn't afford to release it on our own, we had just left school and in no way could we afford to pay around £500 pound for a glass master to press vinyl....that was a lot of money back then....although the release date is 2014 is was recorded 35 years previous....almost to the day.
Artefact added : 6th November 2014
by foz

answers on a postcard to the usual..... 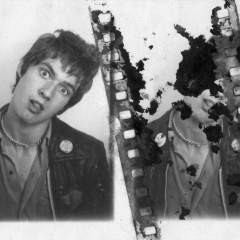 foz Says –
yes it is indeed available from all good record stores but the cheapest option is to call in person to vinyl revival where it will cost £5.

ps rough trade have sold out.

Idle Al Says –
They have it for sale in King Bee records in Chorlton....I came across it a couple of weeks ago and did wonder as to it's age & authenticity because it looked very pristine!

foz Says –
yeah it will look pristine cos it's new, the recording isn't as you will know by now having just read the above...didn't know king bee had any but it doesn't surprise me as its popped up all over the place and as far a field as japan.....which has all been a bit of a surprise to me as i haven't thought about it for 34 years at least......glad to have something on vinyl though especially as it was unexpected.

doesn't compare to to still being in a band of course but hey....not give up yet.
If you'd like to leave a comment, please Login. Login
Manchester Digital Music Archive is licensed under an
Attribution-NonCommercial-ShareAlike 4.0 International License.
Charity no. 1164179
Our archive currently contains 3673 Bands, 737 DJs, 1353 Venues, 238 Industry Professionals and 22315 artefacts contributed by 3630 members.