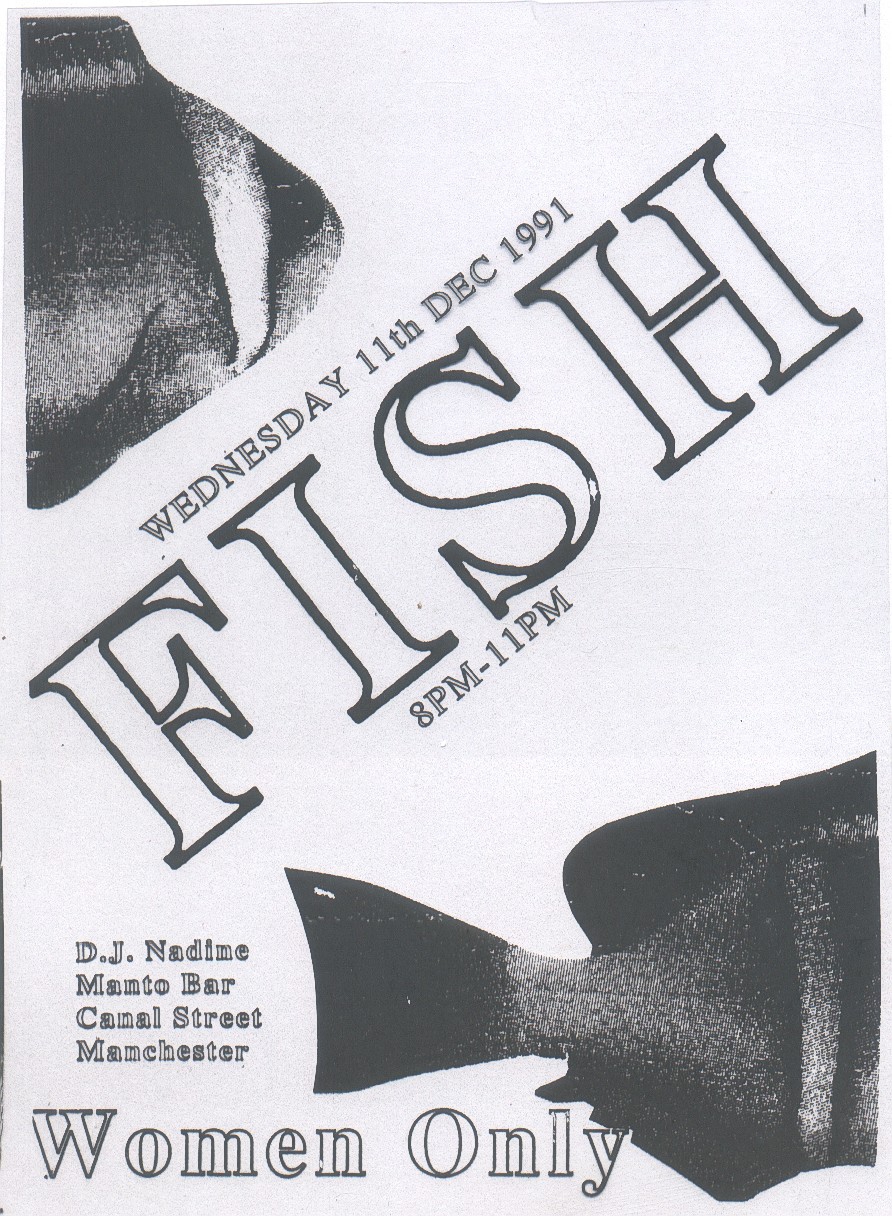 I DJed at Manto at a women-only night called Fish that was promoted by Renny O'Shea (co-director of Quarantine Theatre company), who was the only female working the bar at the time. I played mix of US house and garage and soul, hip hop. Up until then Manto and Canal St was very male and very hi-energy...so this was maybe a significant moment in the lesbian scene.

The night caused quite a bit of controversy due to the name, and the fact a fish was out on a platter as you came in. The pictures Renny put on the wall kept getting nicked. One was a cartoon style and later turned up, enlarged, on the wall at Flesh at the Haç - they'd nicked our visuals.

I played black music throughout the 90s on the women-only scene up until 2007-ish when I got sick of it. It was really hard to get a crowd that was knowledgeable enough about the music ("can you play E music" I would get asked. I used to keep my headphones on and pretend not to hear them) and although black women used to complain there was nowhere for them to go, when we did do stuff they didn't support it enough for the venue owners/promoters to want to keep it going.

Steph Kay had me as DJ at her night Climax at Generation X in one of the rooms for quite a while around 1995/6 before she opened up Vanilla. That was ok but I was forced into playing more disco and pop than I really wanted so I didn't enjoy it as much as my club nights at the Haç.