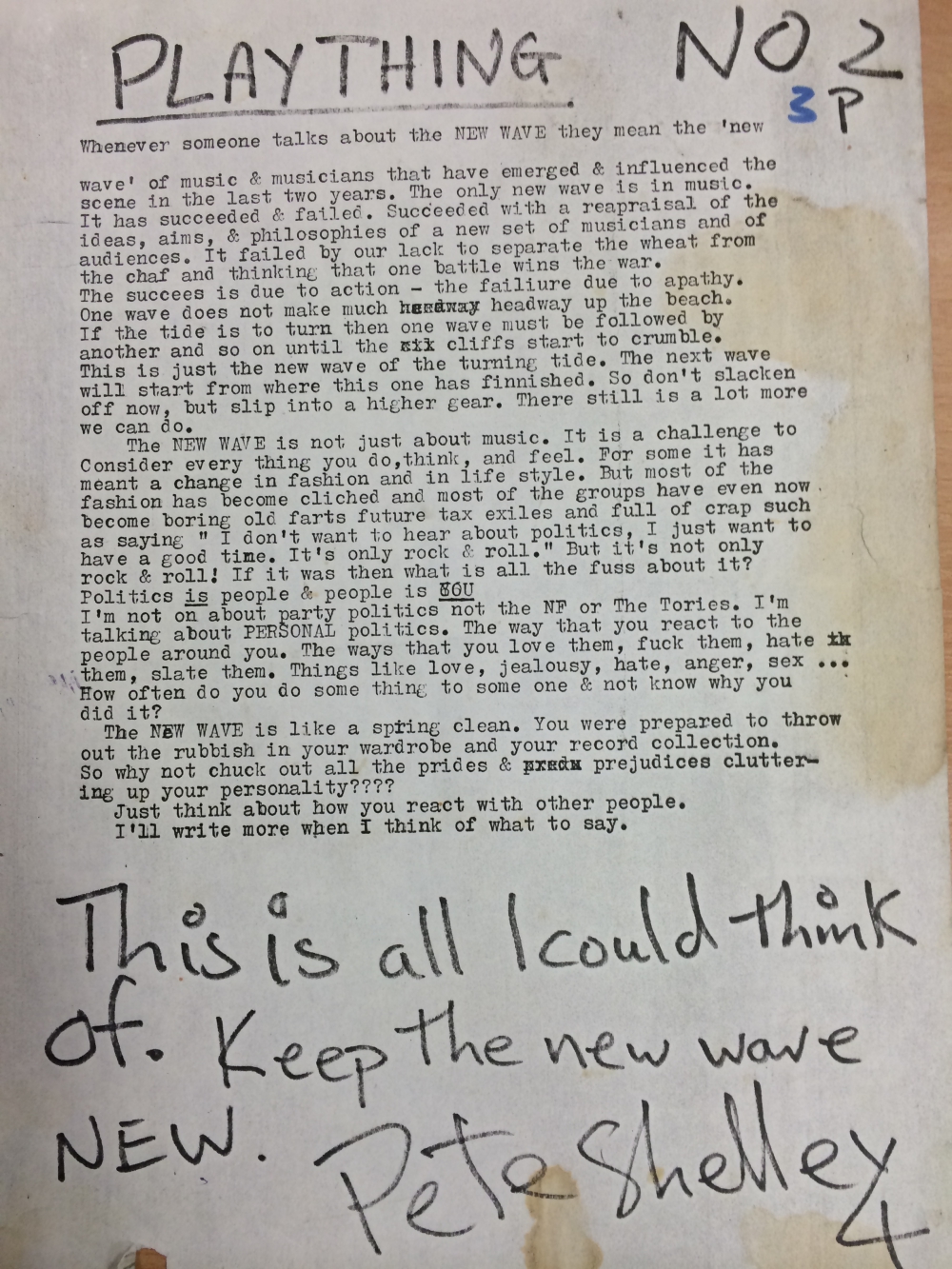 "The early scepticism of gay liberation regarding clear-cut sexual identity, and the desire of its more radical elements to ‘change the sexuality of everyone, not just homosexuals’, may well have played a part in Pete Shelley’s repeated emphasis that the lyrics of Buzzcocks songs were deliberately non-gender specific in an attempt to maximise their potential for empathetic response. Shelley’s own fanzine, Plaything, was concerned with ‘personal politics’, one of the hallmarks of gay liberation and of the libertarian left in general. It argued that punk or ‘new wave’ was ‘not just about music’ but ‘a challenge to consider everything you do, think or feel…the way you react to the people around you. The ways that you love them, fuck them, hate them, slate them.’ "

louie_shelley Says –
Hi, would it be possible to use this image in my book, 'Ever Fallen In Love'?
If you'd like to leave a comment, please Login. Login
Manchester Digital Music Archive is licensed under an
Attribution-NonCommercial-ShareAlike 4.0 International License.
Charity no. 1164179
Our archive currently contains 3870 Bands, 758 DJs, 1461 Venues, 323 Industry Professionals and 29722 artefacts contributed by 4048 members.