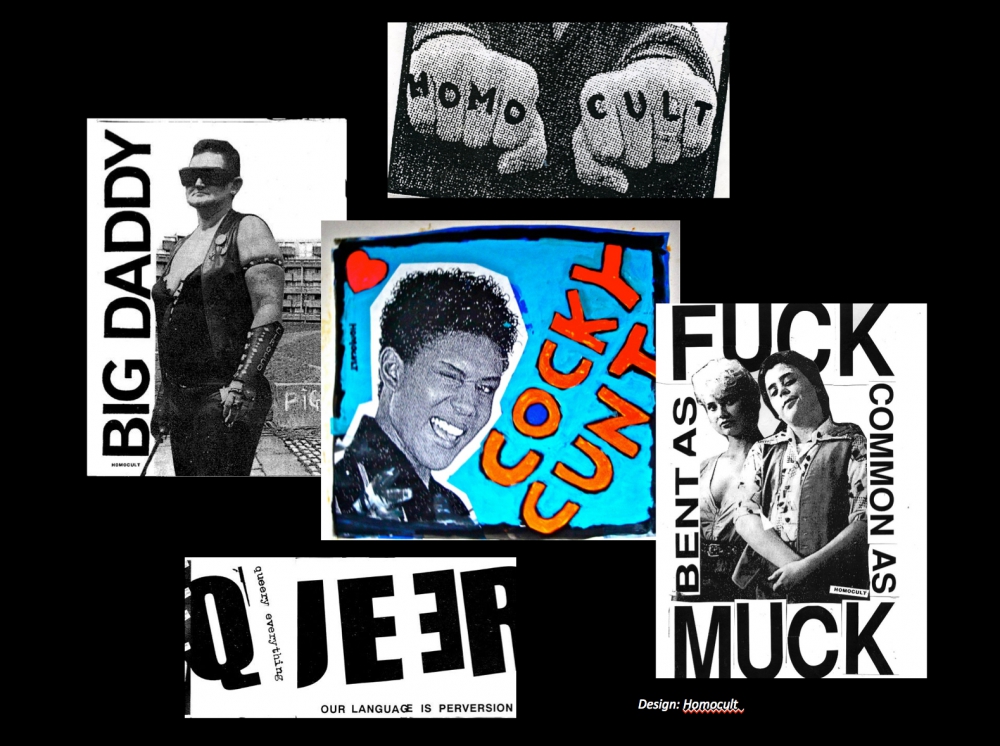 Homocult were radical queer art duo based in Hulme.

Their work reclaimed lots of words such as 'faggot’ 'queer’ and 'dyke'.

Although Homocult parted company with Flesh very quickly (describing it as a night for ‘career gays’), their confrontational use of language had a direct influence on the way the night was promoted, which ultimately fed into the pride-based rhetoric of 'Gaychester.’