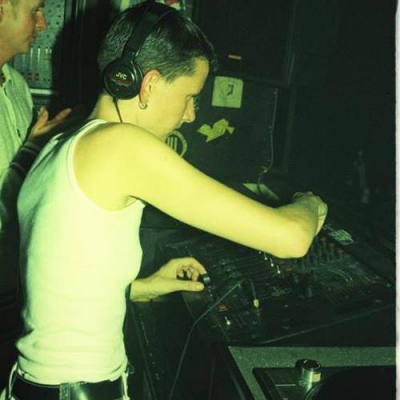 Flesh resident DJ Kath McDermott DJing in the main room at the Haçienda circa 1994.

Famously described as 'Manchester's answer to Tony Humphries', Kath had many different residencies across the gay scene in Manchester, including at Paradise Factory and later, Homo Electric at Follies.