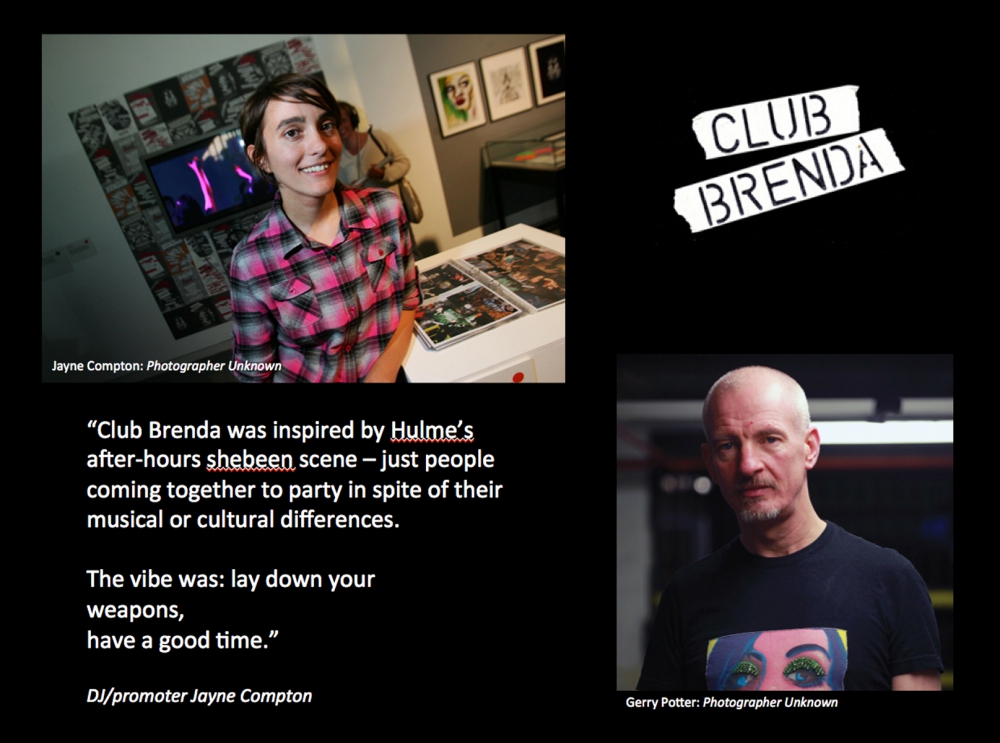 A piece by Abigail Ward taken from the 'Strange Trees' story book, based on a night at Club Brenda:

"Club Brenda began back in the 20th century – 1999 to be precise, after a drunken conversation between DJ Jayne Compton and her friend, the performance poet, Chloe Poems. They were on the night train back from Cream in Liverpool.

Ten years on, Club Brenda is still minimally promoted and succeeds due to word of mouth from its misfit crowd. It is a genuinely uncompromising underground art-punk happening in the mould of Exploding Plastic Inevitable, Rabid at the Squat or Don Letts at The Roxy. The punters are as important as the acts. So is the feeling is that everyone knows each other. It's built on friendship and love."