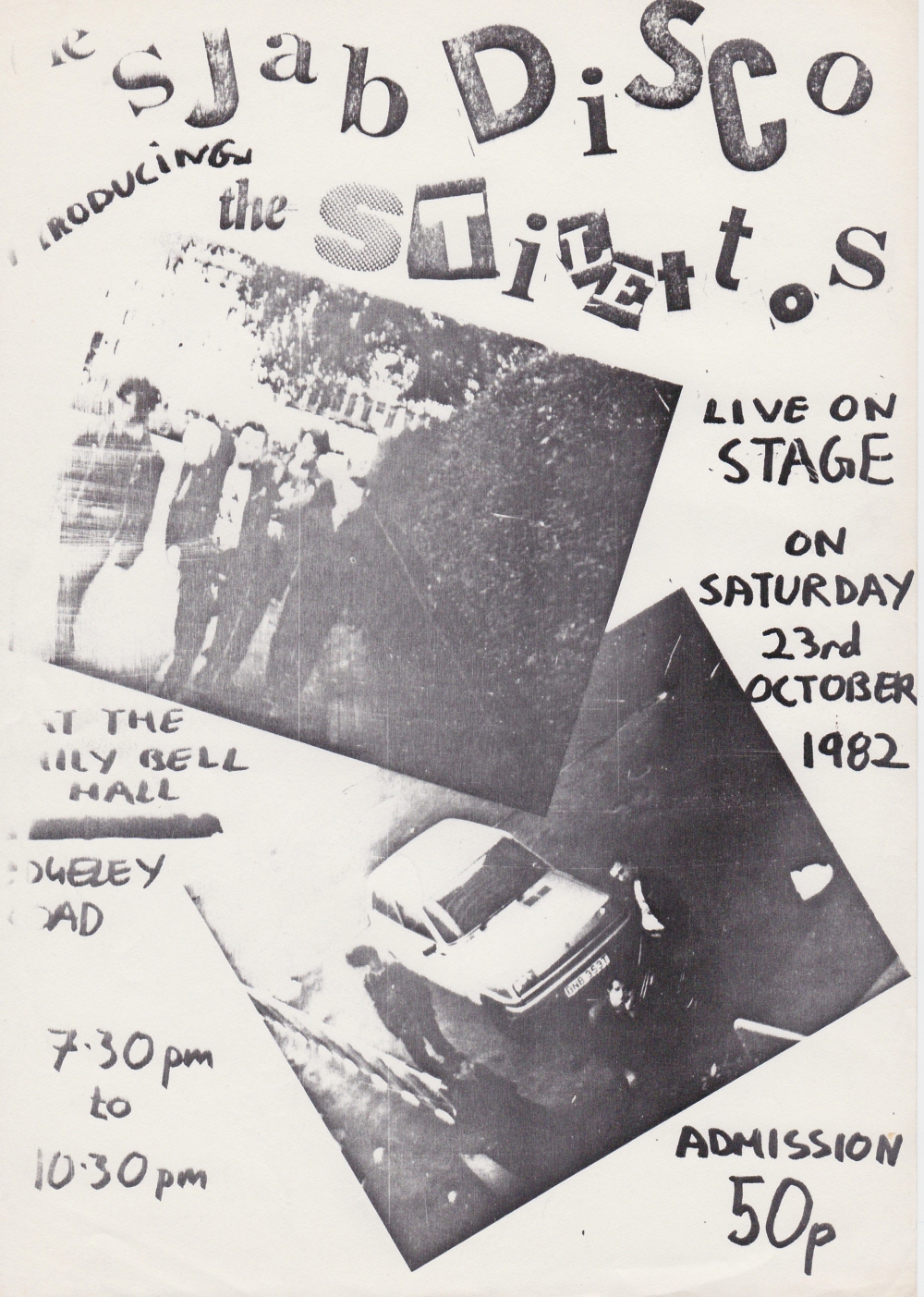 It's always portentous when like-minded individuals come together to create something, anything, that tries to differentiate them from the common herd. And so it was with the now legendary Stockport band The Beguiled. These young men; classic teenage rebels, still in secondary school and with a mutual interest in alternative music, bought some cheap gear and came together in 1982 to form their prototype quartet: The Stilettos.

As with all fledgeling bands they had little in the way of talent, equipment or knowledge. But to them none of this mattered. They had a vision, a swaggering bravado and a boring summer break to think of something to do. In this particular school holiday they decided to form a band.

Bringing to the mix the heady influences and attitudes that still resonated from the last dying vestiges of the original Punk movement and combining this with the New Romantic and Goth sounds that were the 'alternative' mode of the time a breakthrough band was conceived and, after some consideration it was christened The Stilettos.

These early beginnings, however, were always characterised mainly by the member's genuine belief in putting bravado before talent which meant essentially that their first gigs relied more on ill-conceived showmanship than the few three-chord thrashes the guys could manage on their cheap, borrowed or stolen equipment.

Their inaugural show on 23rd October 1982 at the Emily Bell Memorial Hall in Cheadle Heath was just such an example. Dressed to the nines, underpowered musically but brimming with confidence the four members of The Stillettos stood before the intrigued attendees and simply 'went for it' and like some who dare greatly they got away with it. Perhaps this was their first mistake. Indeed, it simply (and wrongly) proved to them that with the right in-your-face image the ability to actually play was of secondary importance.

Further developments followed: low-quality cover versions of their favourite songs were hastily, and tragically constructed. New original songs, such as Set to Shock, Celebrate The Night and Beasts were written incorporating any and all of the new guitar chords that had been learned at that point. There was even a brief, unrealised flirtation with using female backing singers and some of the band's girlfriends were sequestered to these roles. The guys' ambition knew no bounds.

Another gig followed a few months later on the 19th February 1983, supported this time by fellow school band The Faraway Voices. It was another apparently well-received performance that reinforced the delusion that style over substance was a winning formula (even if the superior sounding support band had to be sabotaged in the process).

But it was a musical career that was cruelly cut short by a disastrous third concert a week later at Avondale Recreation Centre. Here, finally, the guys' gross sonic deficiencies were spectacularly exposed for all to see. The emperor's new clothes had inevitably been shed. Never in the field of human performance were so many embarrassed to see the terrible musical efforts of such an over-dressed few. The discomfort this experience caused shattered their confidence to the point of giving up. When the reckoning was done and the wreckage examined the members of the band came to the depressing realisation that to really make an impact some serious work on their musical abilities would be required. The Stilettos came to an ignominious end.
Artefact added : 21st March 2015
by agboe