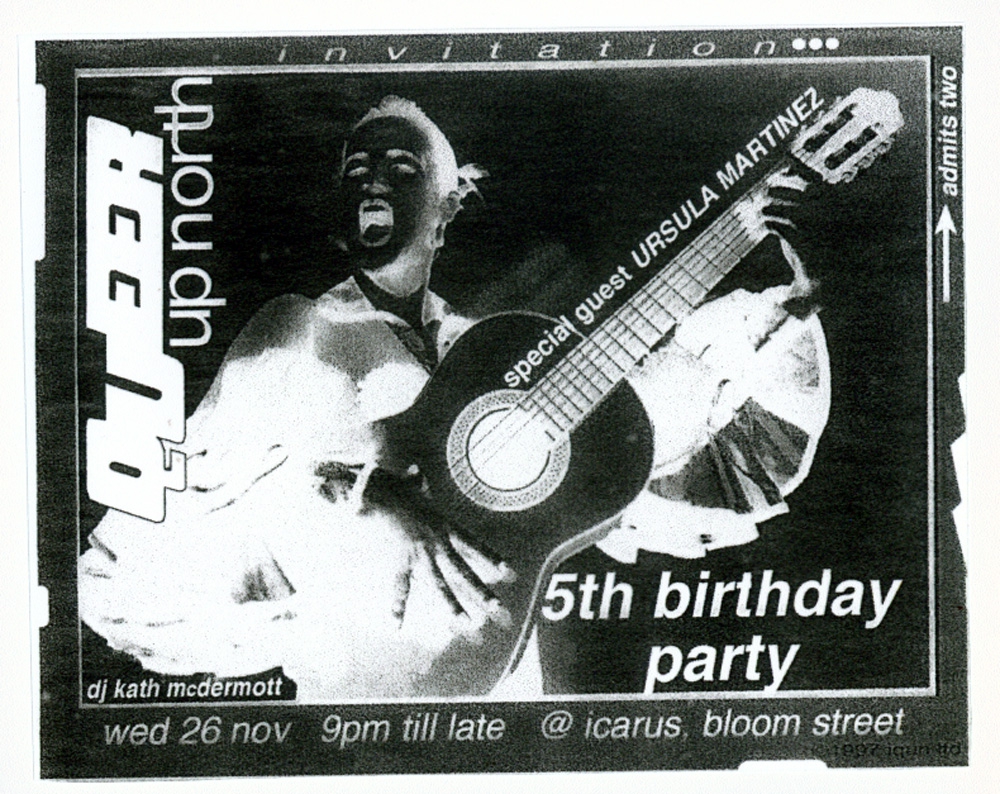 Invitation to a Queer Up North 5th birthday event at Icarus. (I'm not sure what this venue became. Anyone?)

The ticket is printed on acetate, which doesn't really come across in this scan.

queerupnorth began life as 'It's Queer Up North' in 1992, when it was founded by two of the staff at Manchester's Green Room, Tanja Farman and Gavin Barlow. The name, a play on the well known phrase 'it's grim up north', was an idea borrowed from 'Flesh', a gay club night held at the Hacienda club. In 1998 the first word was dropped from the organisation's title making it simply queerupnorth. The idea was to provide a platform for gay, lesbian, bisexual and transgender art, including drama, cabaret, club nights, comedy, film, fine art and performance art. In 1992 it was not conceived of either as a festival or a sustainable event, but was rather one small element of that year's Manchester Festival. When it did prove possible to have another season in 1993, it was branded as 'The National Festival of Lesbian and Gay Arts 1993'.

Queer Up North had its funding pulled in (I think) 2007 and folded at that point.