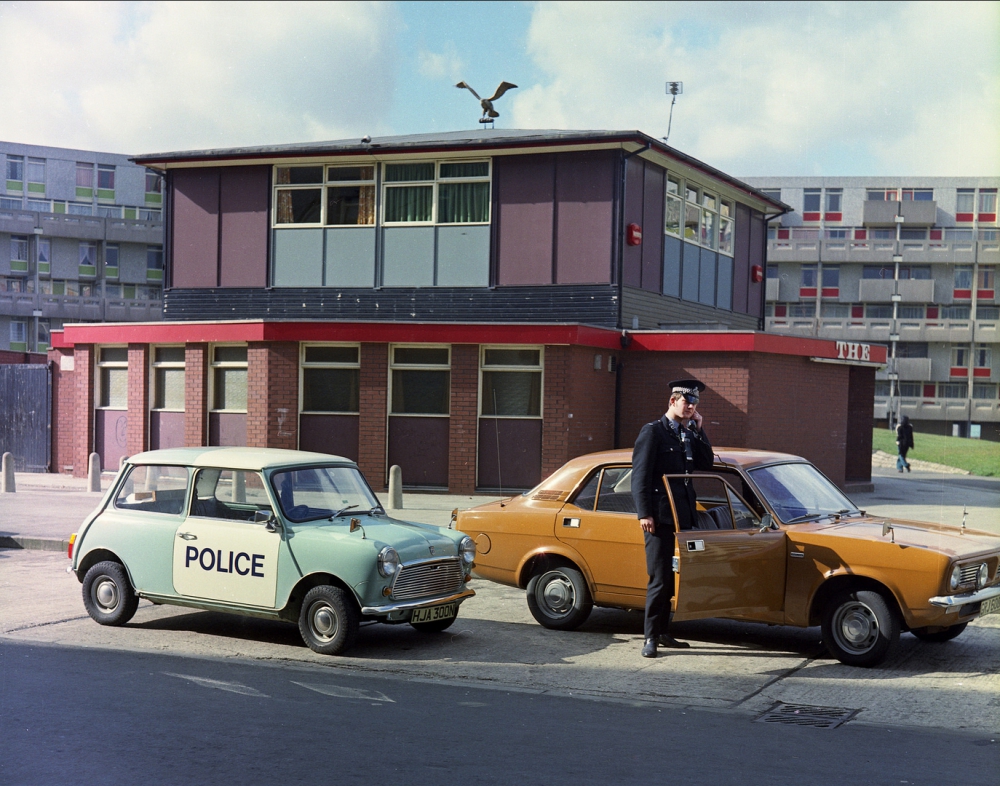 Photo of The Eagle pub in Hulme from 1975 featuring a copper posing with two fine examples of the British motor industry. He is using the radio in an unmarked police Marina that is parked beside a classic Mini.

These images are part of a series depicting police officer at work, which were taken by the Force’s photographer in 1975.