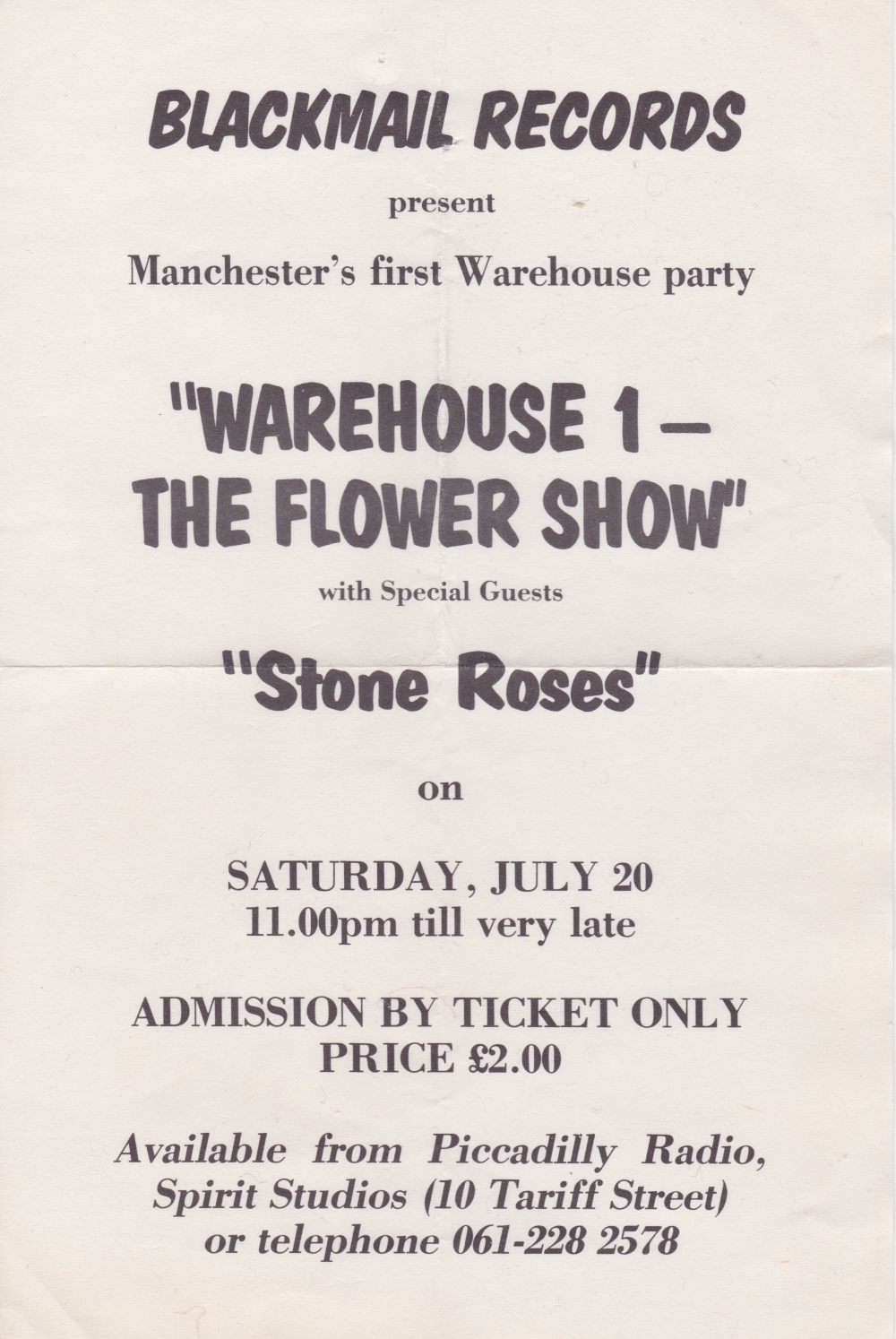 This is the flyer for the 'Warehouse 1 - The Flower Show' warehouse party with Special Guests, "Stone Roses". I knew Mark and Steve who organised this at the time via Spirit Studios, rehearsal rooms on Tariff Street. Mark and Steve ran the place for John, the owner at that time. It was fantastic wandering the corridors, bumping into Pete Shelly, The Fall, Carmel, and I think the Smiths. I met Reni there and later got to know him a little as I worked the drum section at A1 Music.
To be honest I don't remember too much about the gig. My name was on the door (a rare event) thanks to Mark and Steve, and there were a whole bunch of faces I recognised.
I do remember the 'Roses' being brilliant. As a drummer myself, I was totally blown away by Reni's playing (at the time thinking I'd just seen the 'new' Keith Moon). He was fantastic on that basic, bright blue Ludwig kit. It was a memorable gig because of both the people, the music and the venue. I also went to the second Warehouse - smaller venue if I remember correct, watching an excellent set from A Certain Ratio.
Artefact added : 22nd June 2015
by Eski

Abigail Says –
Thanks for uploading this!

jsz Says –
You can relive it online now, the video has been circulating for a while now. Here's a bit: www.youtube.com/w...
If you'd like to leave a comment, please Login. Login
Manchester Digital Music Archive is licensed under an
Attribution-NonCommercial-ShareAlike 4.0 International License.
Charity no. 1164179
Our archive currently contains 3693 Bands, 736 DJs, 1348 Venues, 241 Industry Professionals and 23343 artefacts contributed by 3710 members.