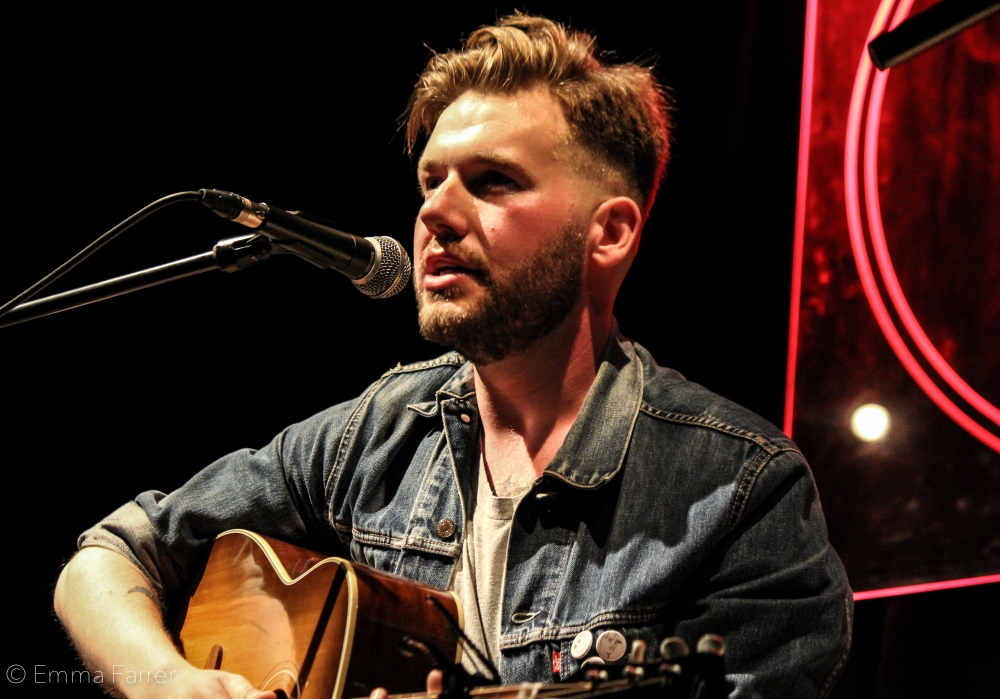 Liam Frost performing an acoustic solo set at Band On The Wall in July 2015. Frost was providing support for The Earlies who were playing the venue as part of a small UK tour to mark the 10th anniversary of the band's debut album (which in reality took place during the band's 11th anniversary year). Frost played old tracks plus material from his upcoming third album.