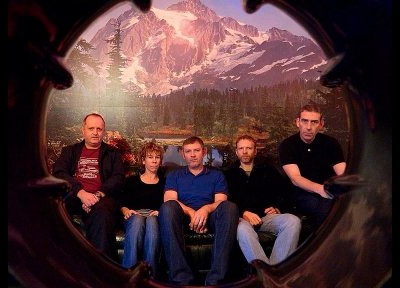 After reforming in December 2012 to produce and promote their compilation album 'Another Time, 1989 - 1994' The Rainkings decided to stay together and set about writing a bunch of new songs.

Stephen Holt (Inspiral Carpets), Dave Swift (ex- Inspiral Carpets) and John Rowland (ex- The Bodines) have been joined on bass by Cathy Brooks (ex- Dub Sex and Dumb) and Chris Hutchinson on keyboards & guitar, and have recently recorded 3 of these new songs.

Nothing's Set in Stone, In From the Rain and By My Side were recorded at Big Mushroom studios in November 2013 with Jim Spencer, engineer, who has previously worked with The Charlatans amongst many others
Artefact added : 4th September 2015
by Abigail