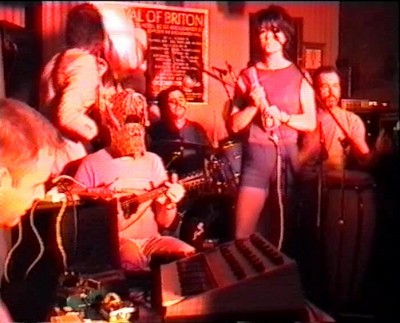 Live shot of White Cube from Festival of Briton, held at The Briton's Protection on 11/10/1999.

Also on the bill were Polythene and Mr. Rubbish.

Griff Says –
was this the same evening the UFO society were meeting next door?.. good timing. It was utterly rammed in there.
If you'd like to leave a comment, please Login. Login
Manchester Digital Music Archive is licensed under an
Attribution-NonCommercial-ShareAlike 4.0 International License.
Charity no. 1164179
Our archive currently contains 3683 Bands, 733 DJs, 1340 Venues, 233 Industry Professionals and 22665 artefacts contributed by 3698 members.