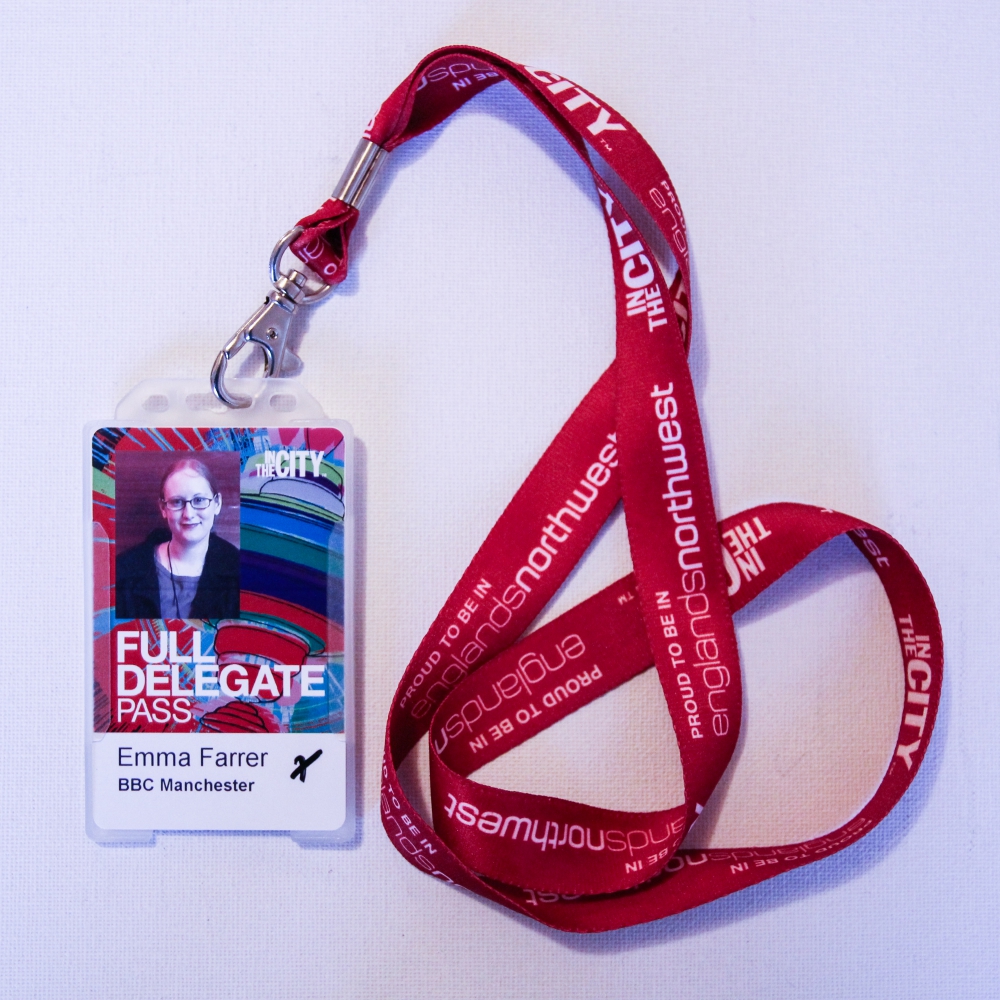 Delegate pass for the 2004 In The City music conference which took place in the Radisson Hotel, in the building that was once the Free Trade Hall. I was taking photographs of bands for the BBC Manchester music website and can remember photographing The Beans, Sam Hammond, Jack Cooper and The Maybes.

Also that year I took part in Elliot Eastwick's pop quiz which was open to industry delegates but also anyone working in the Manchester music scene. I went along with a group of writers from my fanzine 'This Is Not TV' and as it wasn't the first time we had attempted the quiz we went mainly for the free beer and chips. We had a particularly good team that year and seemed to be doing quite well in the quiz. When it came to the scoring we swapped papers with the table next to us (a non Manchester team) and it quickly became apparent that they had cheated on the question where we had to name all of Tom Waits's films. Not only had they named every single film correctly but they had done it in chronological order. With dates. And got a point for each. Having had quite a few beers we were quite vocal about their cheating but our outrage went on deaf ears. Fortunately by the end of the scoring we had still managed to be in joint first place with the cheating team and so each team sent a member up to the front to answer a tie break question. The tie breaker was 'What band is David Sylvian from?' and my friend Isabel answered Japan in about a nanosecond winning us a pile of great music books and two bottles of Krug. As I remember it, I'm afraid we weren't terribly dignified in our victory and the cheating team which came second scuttled out without even congratulating us. :-)
Artefact added : 17th September 2015
by MissEmmaGibbs