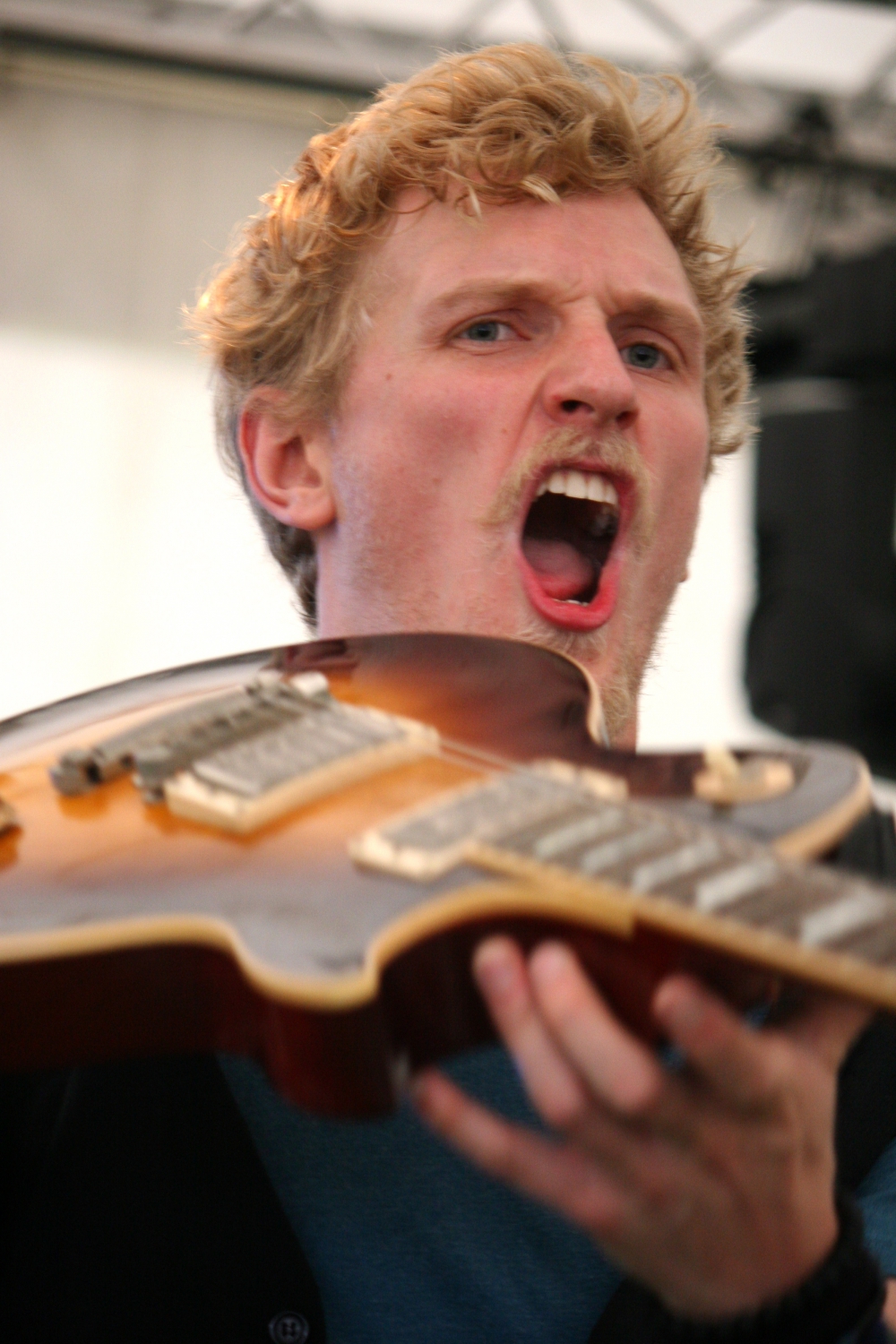 John Clapper, guitarist with Manchester band The Fallout performing at the Festwich Free Festival which is held annually in Prestwich, North Manchester. The festival has a line up predominately made up of tribute bands, but some young bands are also included, and in 2013 The Fallout won a competition which earned them a slot on the bill. The turnout for their gig was pretty good anyway, but was enhanced further by a heavy rain shower which hit shortly before they began playing. As they were on a stage, which was based in a tent rather than in the main outdoor arena, they played to more people than they may have done otherwise.