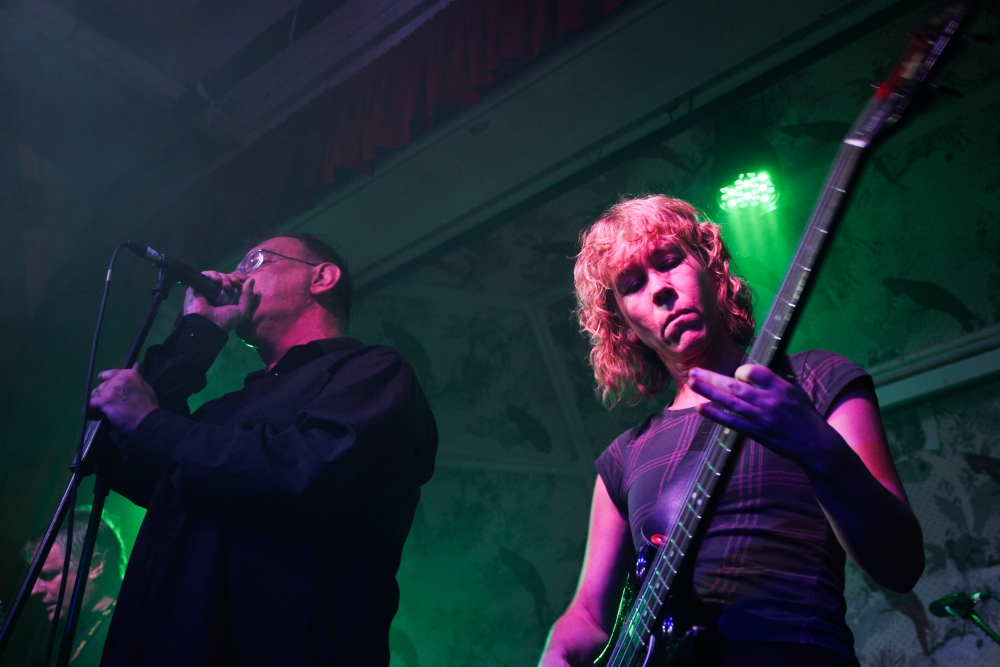 Mark Hoyle and Cathy Brooks performing with Dub Sex during the People Not Borders charity gig held at the Deaf Institute in Manchester which raised money to aid Syrian Refugees. The band were on magnificent form playing the songs Instead of Flowers / The Underneath / Push! / Man On The Inside / Caved In / Time Of Life / Swerve and Tripwire!