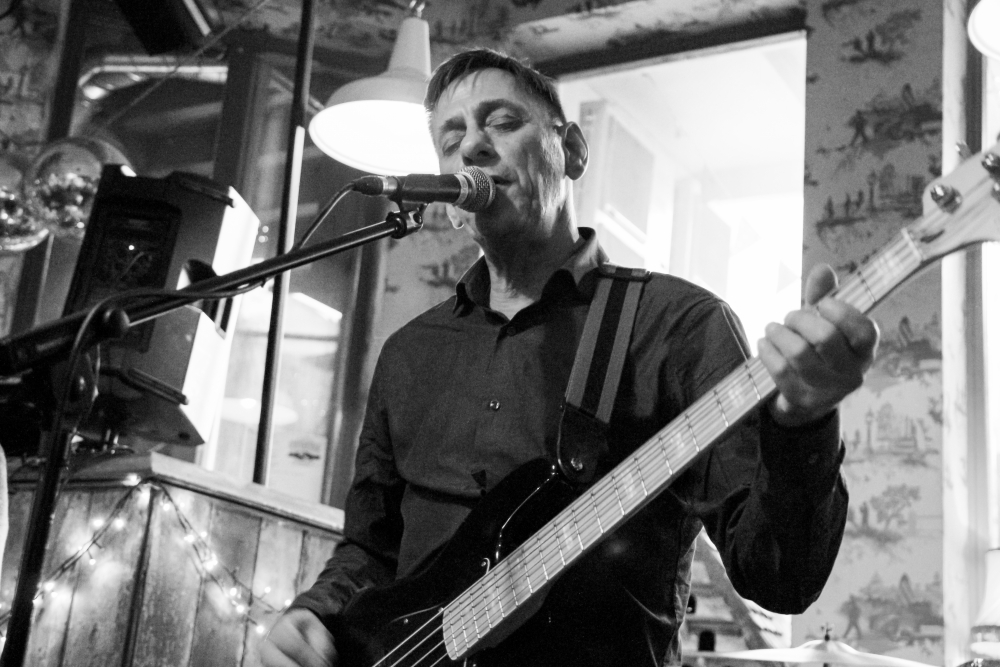 Jez Kerr, bassist with A Certain Ratio performing a solo band set during the People Not Borders charity gig held at the Deaf Institute in Manchester which raised £15k to aid Syrian Refugees. The gig involved bands, musicians and DJs playing across three floors and Kerr played a solo set in the middle room before joining A Certain Ratio in the gig room for another set later on.