State Victims
Record / CD / Tape
Out Of The Blue studio
1983 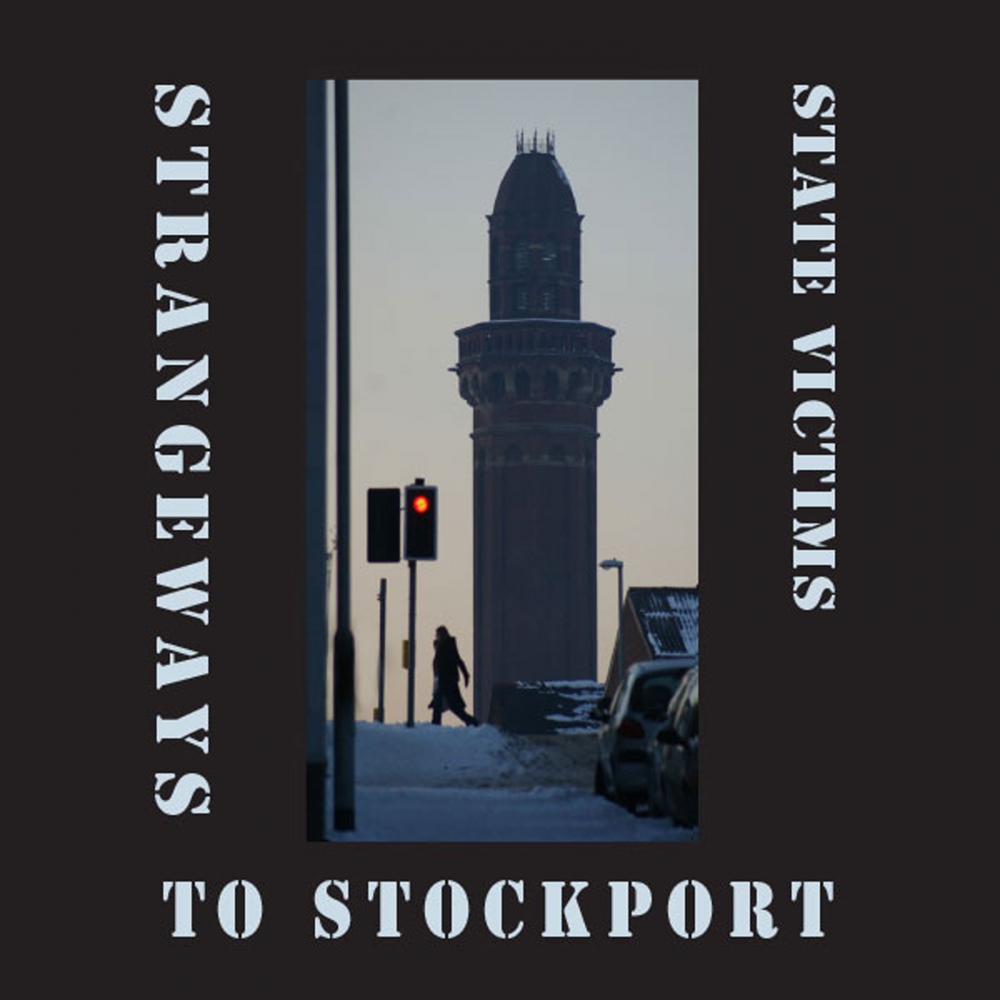 State Victims had a good following with punks and skins from Manchester, Sale and Stockport and were lucky enough to secure a number of high profile support gigs at clubs like London's 100 Club with U.K. subs and English Dogs at Dudley JBs, UK subs mini-tour, Stockport's Smugglers Club with Blitz for Channel 4s The Tube and supporting the U.K. Subs at The Gallery, Manchester, supporting One Way System, Tower Club Oldham, supporting The Exploited, Morrissey’s Club Salford with Anti Pasti and Abrasive Wheels and Annabelle's, supporting the Angelic Upstarts.

The band recorded its second demo in late 1982 with a new vocalist and bassist. The band evolved from a raw punk/Oi outfit and grew up and was influenced the whole brilliant time when bands like, Blitz, Chron-Gen, GBH, English Dogs, The Exploited and Peter and the Test Tube Babies were really playing loud fast music that was actually selling records in reasonable numbers and was a true third wave of punk in the UK.

The band went on to record a third demo in 1983 and a final one in early 1984, all were self financed and money for studio time took ages to save up, and we could never afford to buy the master tapes so just had cassette copies. The bands had a couple of great anthems which included Strangeways, about the Manchester prison and its overcrowding, Breakneck Speed, about playing loud fast music and having a great time, Murder in Liverpool and No Man is an Island.

As the band became more proficient the songs and the sound became heavier, and left the Oi/chant-type song behind and much as G.B.H., Discharge, and English Dogs had beefed up their sound with a more metal speed sound, State victims went a similar route with Motorhead-type bass chords with buzz saw guitar riffs played at a frantic pace. A couple of the high profile gigs in London brought some record company attention, with Riot City and Punishment Block records showing a little interest. The TV footage of Channel 4s The Tube never made it to the program, which became the infamous spotlight on Blitz where the interviewer gives them a hard time, the only shot of State Victims is a five second crowd shot where you can see band members and fans at the front moshing to Blitz.

The band never managed to recreate the raw live power into a strong studio recording and with such strong competition around at time, never did get that record deal. The live sound did impress, and U.K. Subs management helped us a lot and we stayed with them all down in a seedy Clapham Squat in the summer of 1983 which culminated in our first 100 Club Gig supporting them. English Dogs and The Exploited were also big fans with Wattie making a famous quote after our sound check in Oldham, "Jesus, you guys are pretty good aren’t ya?" We struck up a short-lived friendship with English Dogs and got to support them a couple of times and also gained our second and what would be our last appearance at the 100 Club.

It was a brilliant time, great music, great people and wild times, playing live, going to see other bands live and watching the crowd members form bands and get up and do it themselves.