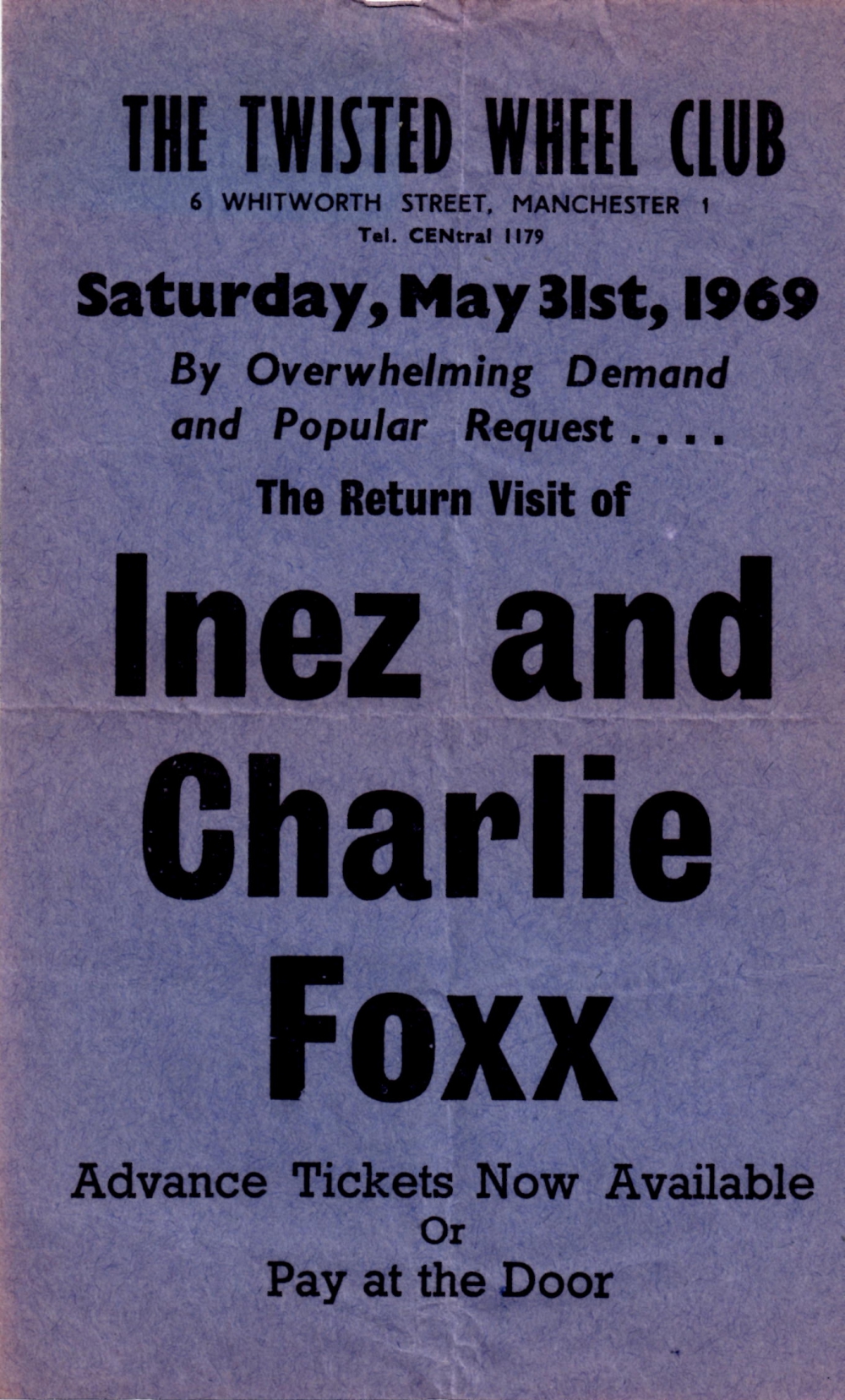 Charlie Foxx began singing with a gospel choir as a child in the early 1950s, and was later joined by his sister Inez. In 1960 Inez traveled to New York City and recorded for Brunswick Records using the name Inez Johnston, but with little success. In early 1963, the pair introduced themselves to Henry 'Juggy' Murray, the owner of Sue Records, and sang him their arrangement of the traditional lullaby "Hush, Little Baby". The song, re-titled "Mockingbird", was released in 1963 and made the Top 10 on both the US rhythm and blues and pop charts. It was their most successful record, sold over one million copies, and was awarded a gold disc by the RIAA. It was later covered by artists including Aretha Franklin, James Taylor and Carly Simon, Dusty Springfield, Etta James with Taj Mahal and Toby Keith.

Charlie & Inez actually played at the Wheel on Sat 17th May of this year, and were brought back just 2 weeks later 'by overwhelming request'.

The Wheel was on Whitworth Street at this point.