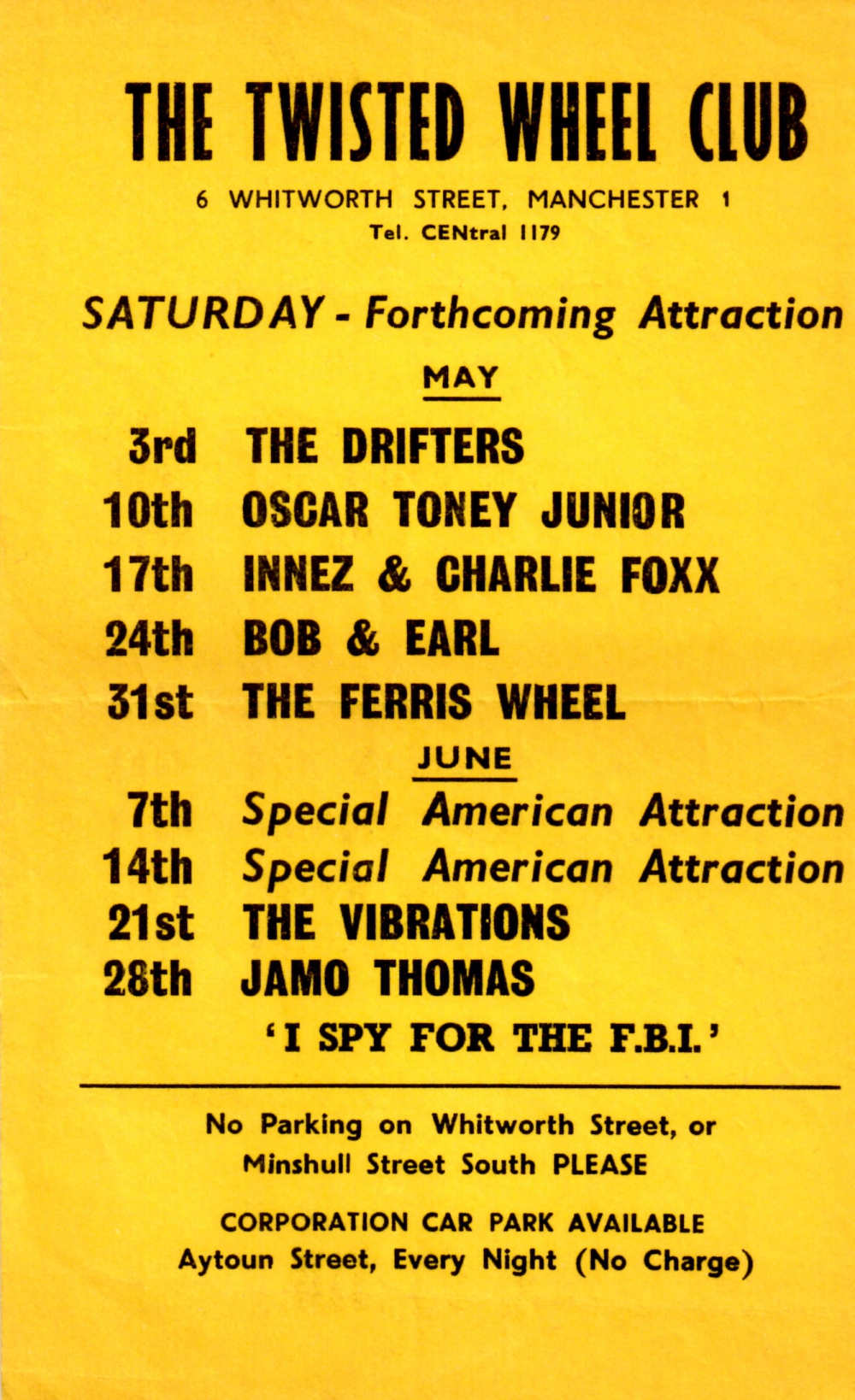 A stonking line-up at The Twisted Wheel for May and June of 1969 at Whitworth Street. Imagine!

May 24th Bob and Earl - All-nighter

'Harlem Shuffle' was one if not THE apocryphal sounds of The Twisted Wheel.

First brought to our attention in Manchester at the Brazennose Street Wheel on the Sue label by Roger Eagle. Even now fifty years later that begging intro sound sends shivers up my spine! Earl 'Jackie' Lee Nelson gave us the 'Duck' too.

ManchesterSoul.co.uk has The Platters down for June 7th and Roots & Jenny Jackson for the 21st. Perhaps The Vibrations cancelled...

Martin Ryan Says –
I am not sure if it was this tour but I heard that a band had the job of backing Jamo Thomas on a tour of the UK to be told on his arrival that the singer was not actually Jamo Thomas but hopefully no one would notice.

Abigail Says –
Reminds me of when Johnny Osbourne was booked to play PSV. Turned out to be an imposter going by the name of Johnney Osbourne. It kicked off, I believe.