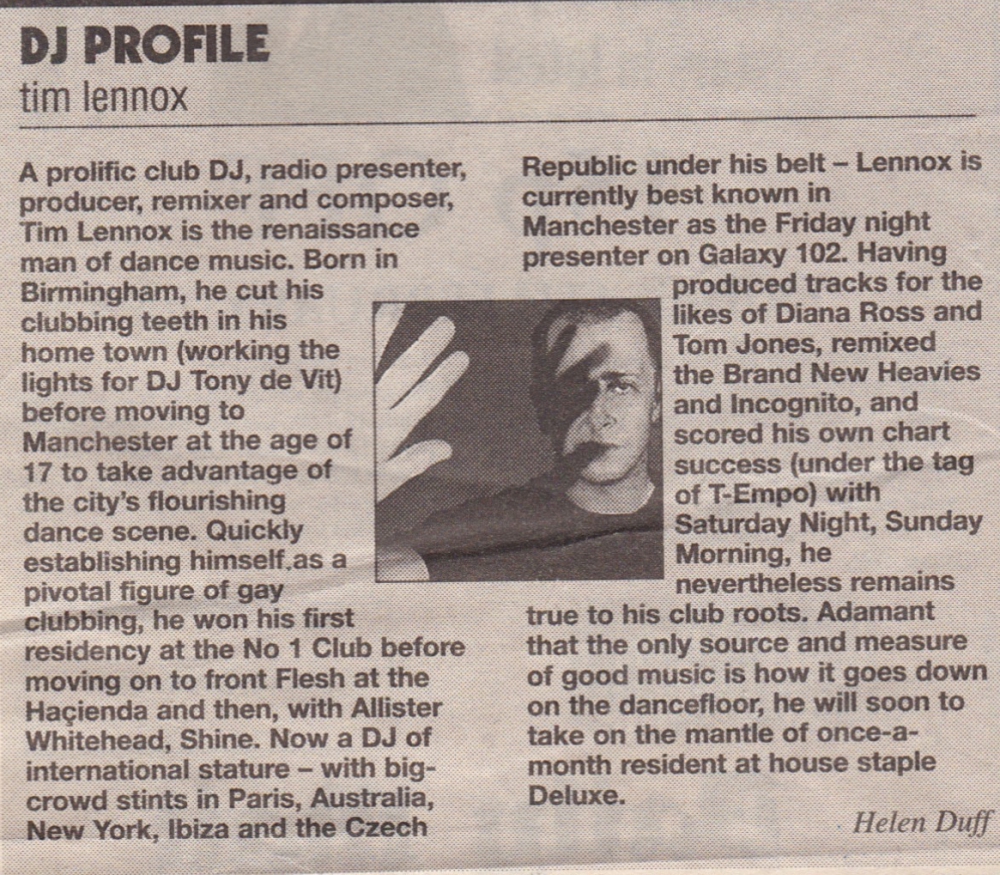 A late-period profile of DJ Tim Lennox, the most influential and celebrated DJ on the LGBT house scene in Manchester.

A short time after this Tim retired from DJing and became a funeral director.