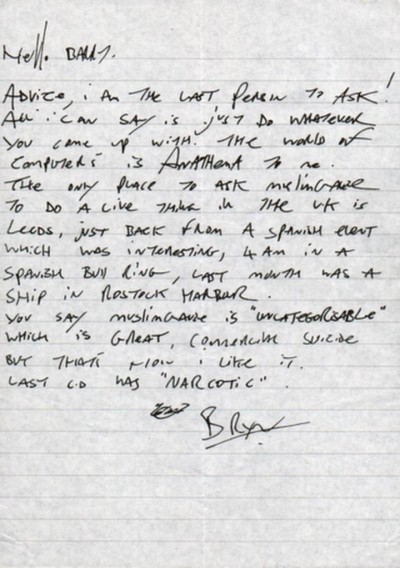 This is a letter from Bryn Jones (Muslimgauze) to Barry Williams of the manchester based experimental/electronica label Fflint Central.

After seeing Muslimgauze perform at the Duchess of York in Leeds and later meeting him after the performance, Barry had wrote to Bryn asking advice on distribution etc., whilst embarking on the initial stages in getting the Fflint label up and running with Tim Jones.
Barry also asked about the possibility of any Muslimgauze gigs in Manchester.

Regarding the advice on distribution, at least Bryn was honest with the written remark-
"...I am the last one to ask!"