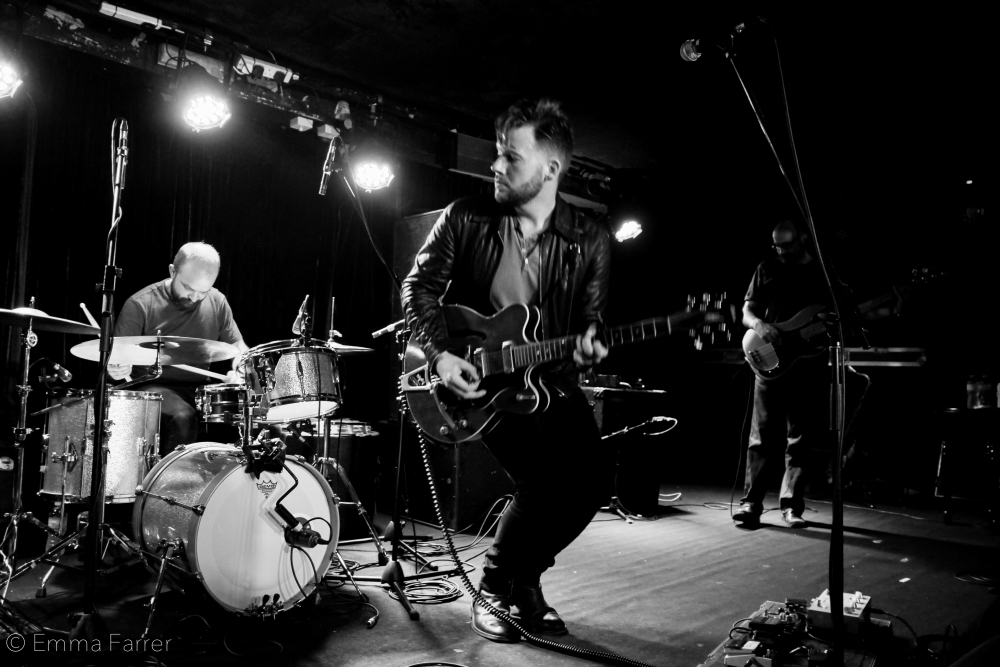 Musician Liam Frost performing a full band set at The Ruby Lounge. Earlier in the week Frost had announced that he would be taking an extended break from playing in London and Manchester following this show and I found myself heading to the gig with a bit of a heavy heart. As it was, the show was really upbeat and everyone seemed to have a really good time. Frost was on great form and his band (made up of Christian Madden on keyboards, Richard Young on drums and Neil Young on bass) were really tight. They played for most of the set, leaving the stage near the end for three solo acoustic numbers but then returning. Frost played a whole host of old favourites as well as tracks from his current EP and at the end he ditched the guitar to sing three covers with his band who were joined on stage by Nicky Madden on sax. The covers played were Al Green’s ‘Let’s Stay Together, Justin Timberlake’s ‘Senorita’ and Wham’s ‘I’m Your Man’ (really).

A lot of long-standing fans were in that night and afterwards Frost came out and spent time chatting with everyone. I had been photographing the gig and a number of people came up and spoke to me about how much they loved Frost’s music with some asking me to take pictures of them with him. It felt like a pretty special night and I ended up chatting to various people for so long that by the time I went to get myself a drink, the bar wasn’t serving anymore. I ended my night drinking soda water with some of the band before Frost gave me a bottle of his beer so I could have a drink after all. It was a pretty fun night.