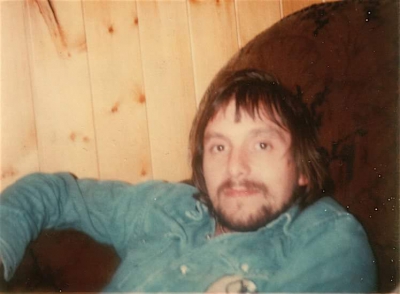 The year was 1978 and I was a green 12-year old boy developing a taste for music and fashion. I regularly jumped on the 199 on a Saturday from my home in Disley to travel to Stockport, the centre of my cultural universe.

My first stop was always the Wimpy for a burger and maybe a milk shake or, if in need of a sugar rush, a Brown Derby. It was close to the bus stop on Merseyway and after a 45-minute bus journey I was always ready for refreshment. For most kids my age that would be enough of an adventure, and the only reason to visit the Town, but my mission was different. I travelled to Stockport to look for the music and clothes not readily available on the edge of Derbyshire.

My next stop would be Woolworths to check out the bargain bins, looking for gold on 45 for 30p. A PA by Windsor Davies and Don Estelle plugging their 'Whispering Grass' LP was a regular occurrence which attracted a mixed crowd and was my first brush with celebrity; not as edgy as going to see Showaddywaddy at the Davenport Theatre, but, hey, you got your kicks where you could in Stockport.

I usually then headed to Nield and Hardy for a browse and to hang out in the listening booths checking the charts and listening to the latest hits, summoning up the courage to head round the corner to B&G records on Underbank, which was an intense and edgy experience, populated with punks and the cool youth of Stockport that I aspired to be. A noisy playlist of dub reggae, new wave and punk at industrial strength volume shattered the ear drums and the desperate need to get a space at the counter and some attention commenced. It was quite the eye opener and a world away from Woolworths.

The Winters Jewellers clock across the road would usually chime and signal in my head it was time to head further down Underbank and check out the dusty stock in the 78 Record Exchange, then pop next door to Crazy Face on Mealhouse Brow.

The first time I went into its musty environs looking for clothes I was told that they didn’t have anything to fit me there but to head over the market brow to the bigger Tiviot Dale shop and they would sort me out.

I headed over and gazed in the window that was bathed in the glow of the custom built yellow and blue neon signs of the 50s influenced Crazy Face logo and headed in. Black and white photographs of strange cool looking people adorned the walls, beautiful looking girls staffed the shop floor, the best clothes on the high street in my size were in front of me and a thumping 50s soundtrack engulfed me.

This was my introduction to the bohemian world of Janet Aynge and her partner Joe Moss - and a major turning point in my life.

I hung out there for the rest of the day, bought some clobber and the next week went back and did the same. The two Debbies (Prince and Lee), Clair Torkington and Bev took a shine to me and soon I was making brews for the 7 staff and running upstairs to get fresh stock and making myself generally indispensable every Saturday.

I’d done enough to impress Janet who eventually offered me a job, but I had to wait until I was 13 to start and check with my mum that this would be ok. I got £5 a day but would have done it for nothing. All earnings went straight back into the shop anyway, and I now qualified for a page in the blue book, which meant that I could take whatever clothes I wanted on tick and pay it off as I worked.

I assumed a role on the till bagging up hundreds of pairs of stretch jeans and satin trousers and recording the daily sales. This was key as it was where the cassette deck was and the shoe box of vaguely labelled tapes compiled by Joe lived. I juggled my serving responsibilities with turning the C90s over and choosing what came on next, my first DJ gig.

The tapes were marked with titles such as Chess, Blues, Chuck, Clifton Chenier, Van, Joe etc and held the most amazing music I’d ever heard. Many years later I learnt that a lot of these were the sounds of ‘The Wheel’, but they will always be the soundtrack of Crazy Face to me.

The music policy of the shop was rigorously enforced and woe betide anyone who popped anything unauthorised in the deck; I think it was a sackable offence!

Joe would turn up most Saturdays around 4pm in his vintage Citroen, usually wearing his standard uniform of French military jacket, straight jeans with a 17” hem and desert boots. He'd grab a drink from the Tiviot and head up to the stock room and hang out with the numerous friends that would arrive.

He sat behind an imposing desk and would roll a zoot and ask me for the sales sheet so he could analyse what was selling and to check his deeply considered plan was working. He would always ask your opinion on cut, colour and fabric, his attention to detail on all things is already well documented and completely accurate.

I ended up working for Joe and Janet on and off until the early 90s and their influence is deeply ingrained in my psyche. They gave me lessons in fashion, music and life, for which I’m eternally grateful.

I was deeply saddened to hear of Joe’s illness and subsequent death last week, so in small tribute to him here’s my Crazy Face Top Ten.

RIP Joe and thanks for everything you did for me and the City of Manchester.