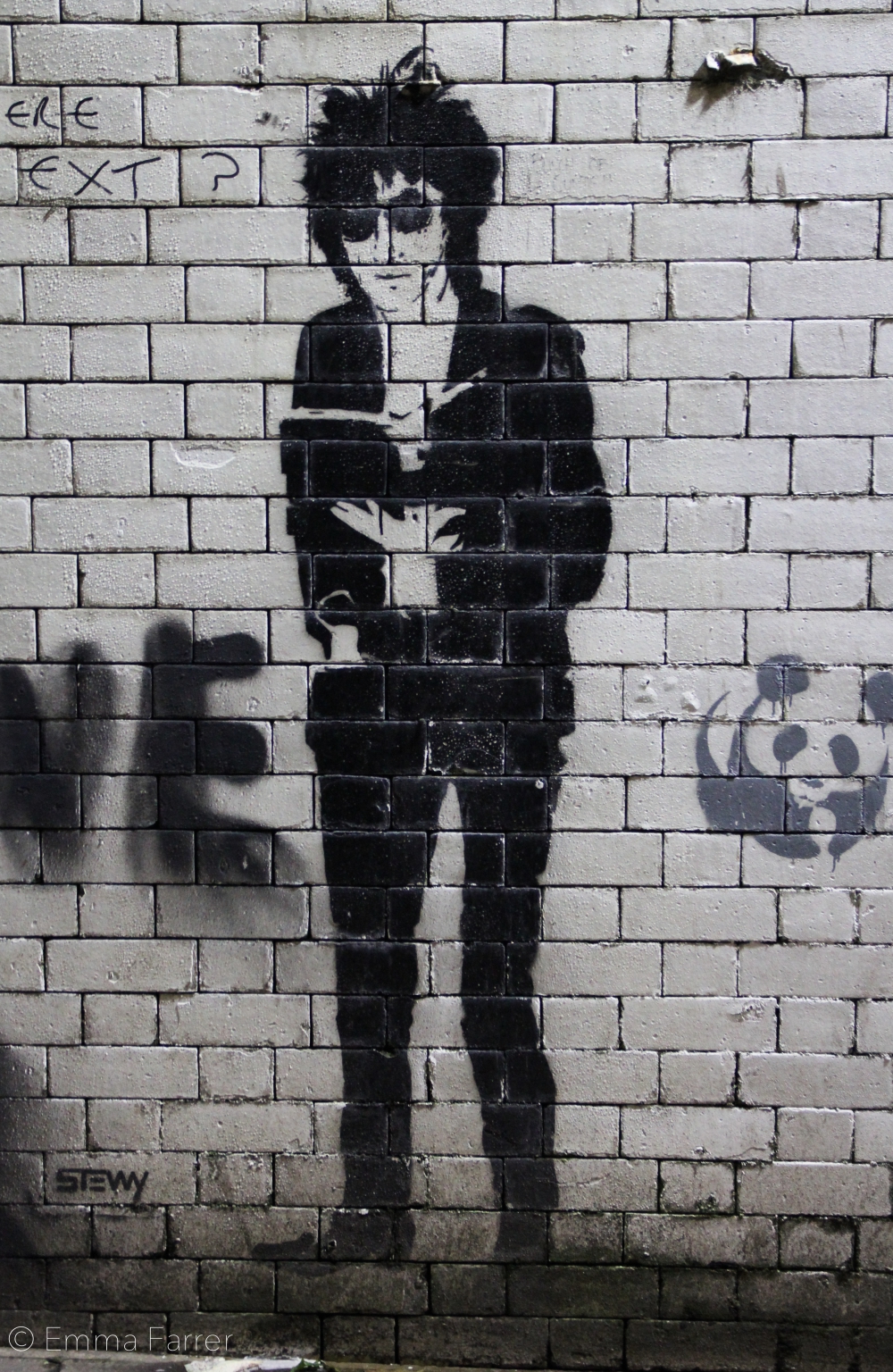 John Cooper Clarke stencil graffiti by London based artist Stewy underneath a railway arch on Blackfriars Road in Salford. I've walked under the arch many times on my own at night (often on my way back from The Eagle) and it's not the nicest spot in Greater Manchester but seeing John always makes me feel a little better. The figure is more or less life sized and bits of extra graffiti get added around it from time to time which is a bit of a shame. Near his head it said "F*** off c***" for a while but that's been pretty much rubbed off now. However, in huge letters right next to it, it currently says "You and I are gonna live forever." I probably should have included that in the photo but it's badly sprayed in massive letters right next to the figure and it bugs me because I like the purity of it just being John stood on his own on a white brick background.