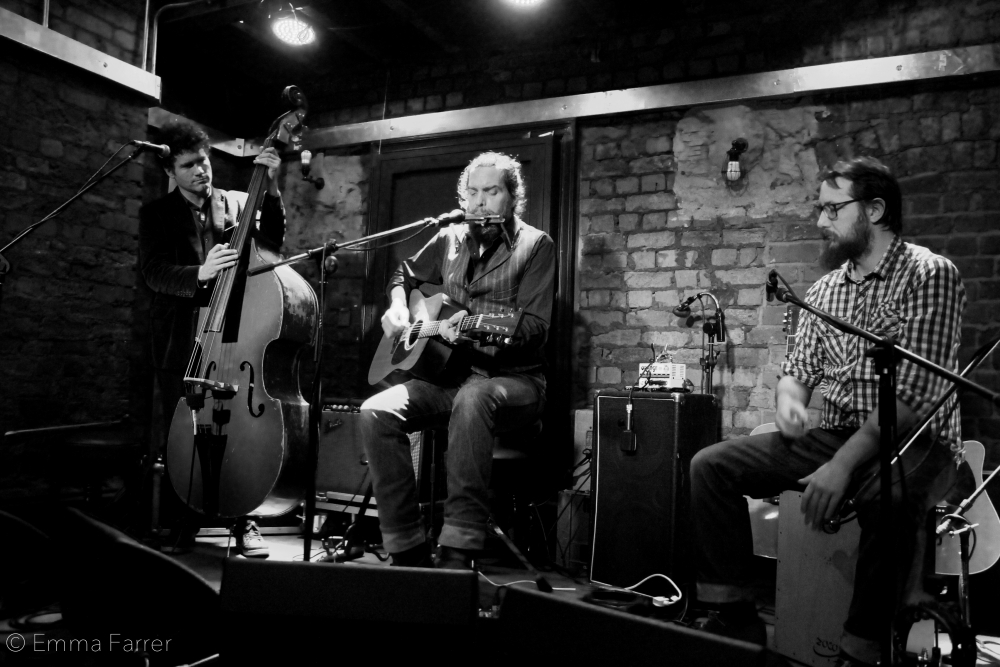 Singer songwriter Mat Skinner performing at The Eagle Inn in Salford, opening for The Plumedores who were playing a warm up show prior to their Guy Garvey solo tour support slots.

Mat played an intimate and informal set alongside band members Dickon Kyme Wright and Phill Howley and his songs were punctuated by incredibly interesting little anecdotes about his recent marriage, travels and the people he had met along the way.

The gig wasn't hugely full but it was still a lovely show with a friendly, easy going atmosphere and it's on these types of nights when little venues like The Eagle really, really shine.