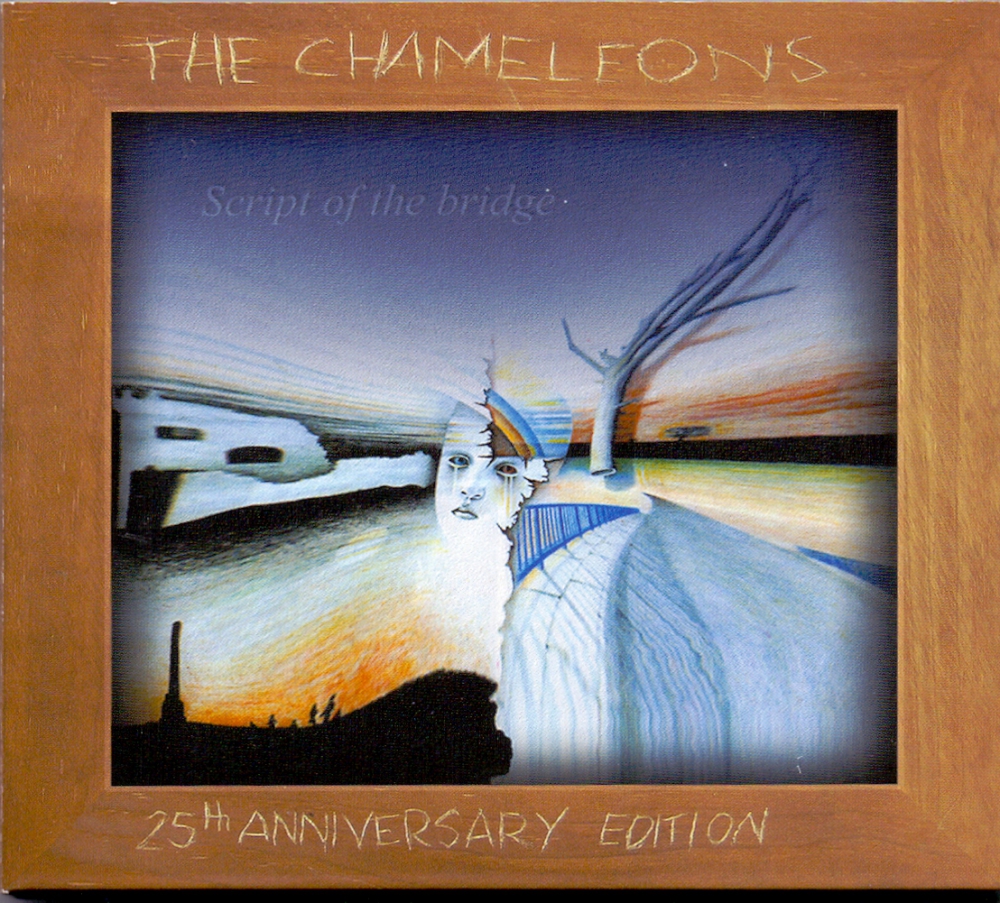 CD cover for the album 'Script Of The Bridge - 25th Anniversary Edition' . This re-released re-mastered version was issued in 2008, the original was released in 1983.

Without doubt one of the all time classic albums.

I was listening to John Peel one night and was testing out a new radio/tape recorder, lucky for me the session that night was the first broadcast of the first Peel session...a few weeks later I watched them support Altered Images at M/cr Univ..I got to talk to Mark Burgess after the gig who told us about a gig at the Gallery...a love affair with The Chameleons began..
Artefact added : 11th January 2016
by WithyBlue