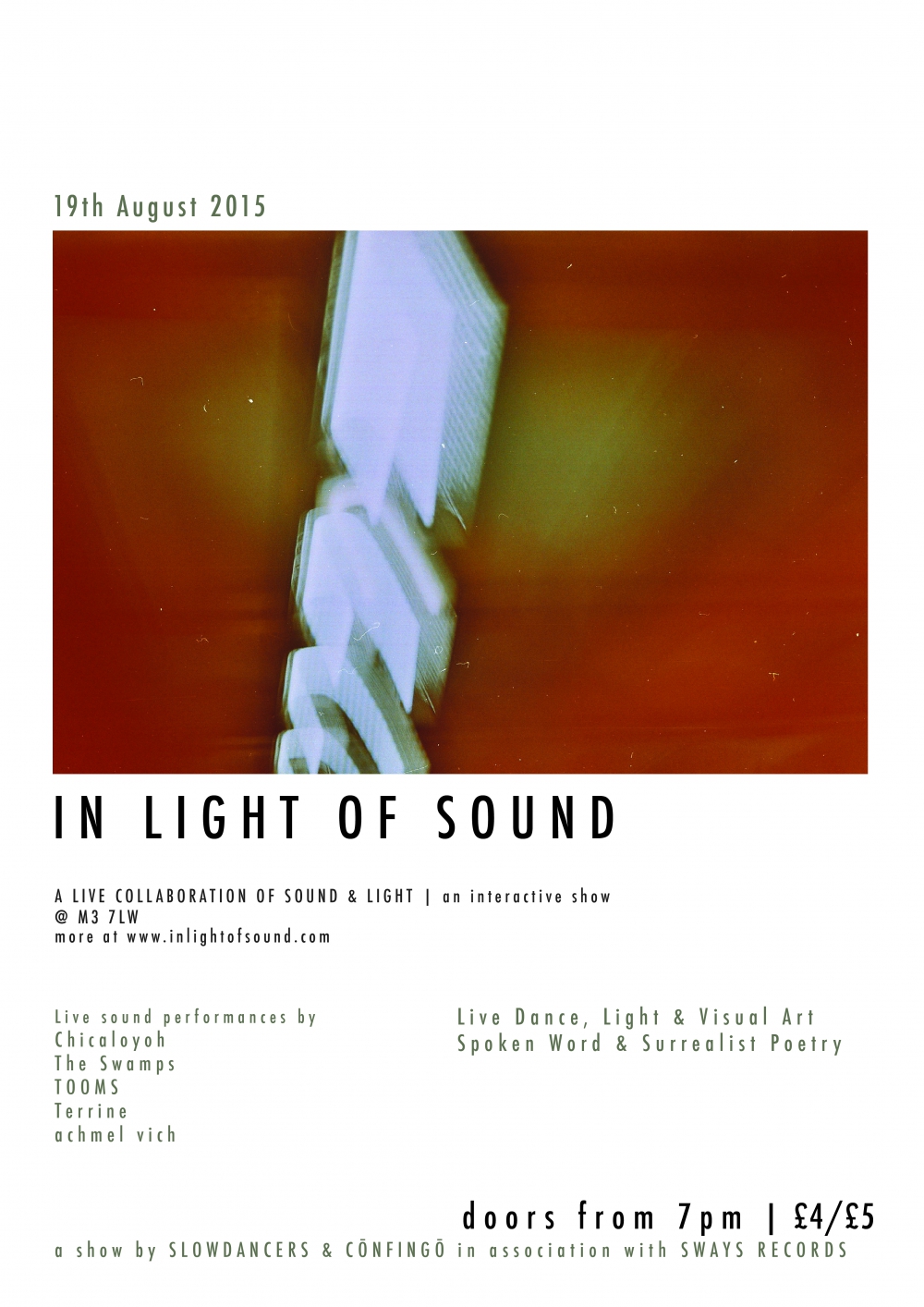 In Light Of Sound was a collaboration of sound and light. An interactive show curated by musician Elle Mary of Slowdancers and Zoe McLean of Configo Magazine. The night was hosted at Sways Records 'The White Hotel' one of the first art nights to be held at the industrial unit complete with 'bar pit'. Guests were given the postcode and made their way tentatively down to experience a night of dance, noise and poetry. Leading up to the show McLean created videos hinting at sensations the night would create.

The headline act was Chicaloyoh from Nantes. Elle Mary had been following Chicaloyoh's work for some time and found an opportunity to host a show for Chicaloyoh but wanted to do something different and as special as Chicaloyoh's soundscapes and so teamed up with Zoe McLean to explore how noise music could react with light sculptures and visuals. Chicaloyoh sparked the night.

Chicaloyoh brought with her Terrine, a fierce, loud and wild musical force who owned the night. So memorable was her performance that Sways and Elle Mary would collaborate to release a record for her.

Also performing from Manchester were The Swamps, a side project of Manchester's favourite Irma Vep and Jon Collins. They stood within the crowd, shredding noise that immersed everyone. TOOMs industrial folk artist created a chilling atmosphere, balancing the moody nature of Chicaloyoh. Opening the night was achmel vich, new comer to Manchester and first appearance in the city creating minimal soundscapes with looped tapes. achmel vich also worked with Gerraint Hacking who created live projected GIFs that reacted to the sounds of achmel vich's work.

Over 100 people came to the show that pushed the boundaries of what a gig was capable of.

Dancers shadows were projected onto dust sheets, reacting to the music as they felt it and the room was filled with red and smoke. An incredible evening in an unknown venue on a Wednesday night sparking many new projects.

Featured in the following MDMArchive online exhibitions:
In Light of Sound