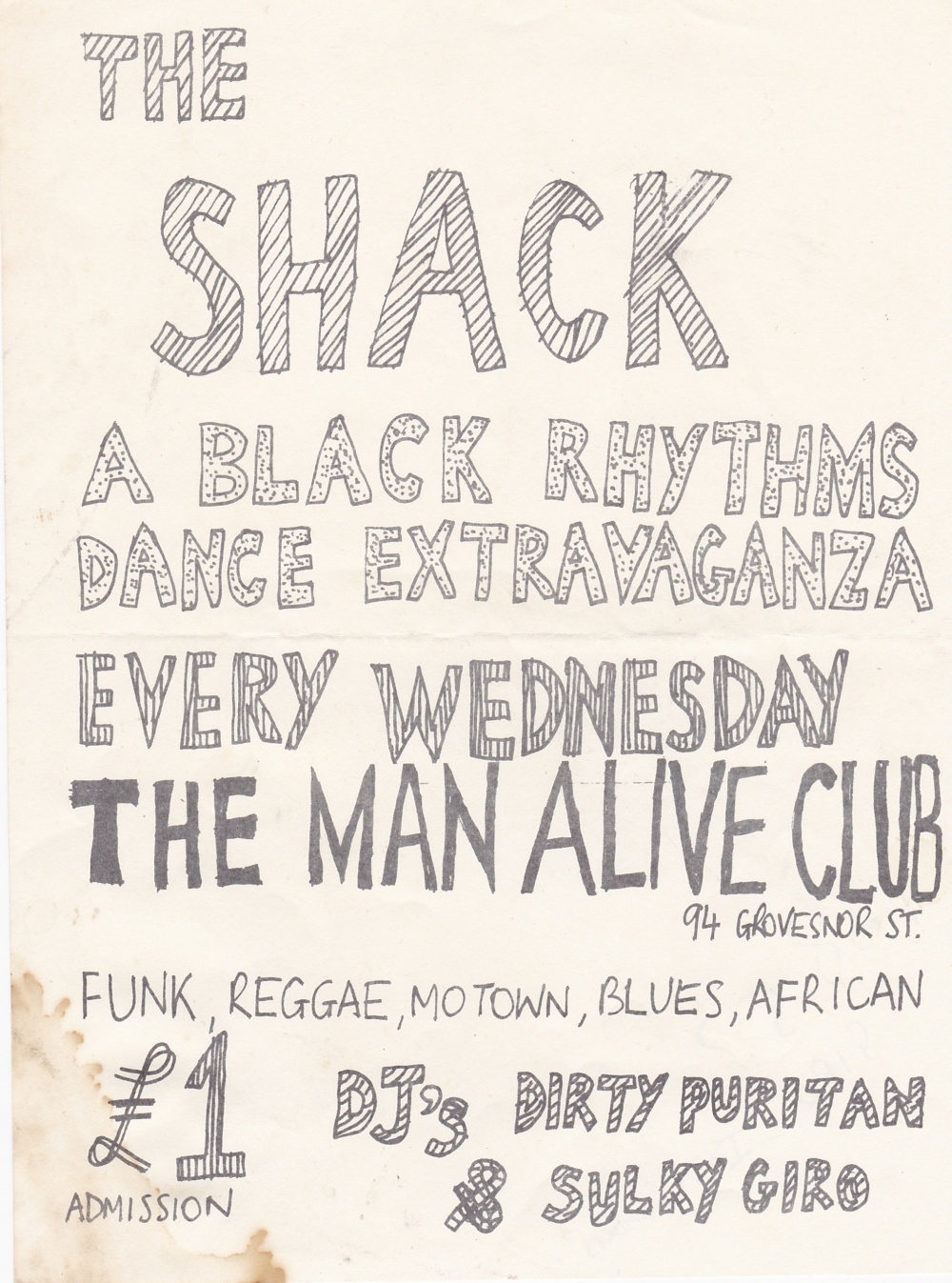 A flyer for a night called The Shack at Man Alive club. Man Alive was situated on Grosvenor Street, on the opposite side from, and a little further down from, where The Deaf Institute now stands.

The flyer was given to me by Dubwise-er and I have to say, I have always been very into the DJ names on it. Where is Sulky Giro now? I would like to congratulate her/him.

The club still exists and has gone though a number of owner and name changes over the years.

It is currently called The Live Room and has undergone an impressive refurb courtesy of owner Sefton, a Manchester DJ/promoter and all-round 'head', who is well known to anyone who has worked in a Manchester record shop in the last three decades.

The club must have attracted a certain type of clientele in the past, as I couldn't help but notice a metal detector (airport-style) on the way in when I went last September for a Red Laser Disco night.

Can anyone remember some of the other names this club has had? I vaguely remember one of the Hardwax/Berlin/Chain Reaction types doing a bit if a surprising turn in there in the mid noughties but I couldn't make it.
Artefact added : 8th February 2016
by Abigail

1963 Says –
Black Rhythms was the name Mick Hucknall used to use for his club nights so maybe this was one of his. He was the resident DJ at the Poly on a Wednesday night around this time.

There's a great piece on it at Mancky's blog