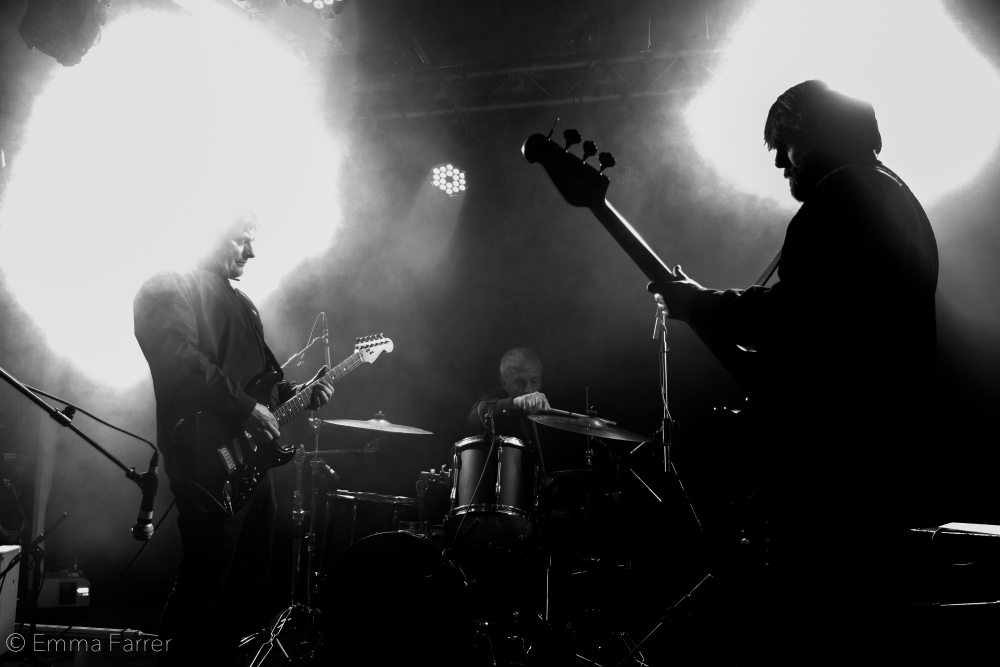 The G-O-D performing a set at Sound Control's Bowie tribute night 'Sound Control to Major Tom'. The band is fronted by Dub Sex guitarist Chris Bridgett, drummer Si Wolstencroft who has played with The Fall and Ian Brown and bassist Karl Hildebrandt. The event saw 34 bands and DJs play short sets throughout the afternoon and evening in memory of the late David Bowie, with proceeds from the gig going to the Christie Hospital. The band also played a Motorhead cover in recognition of the death of Lemmy who died of cancer towards the end of December 2015.