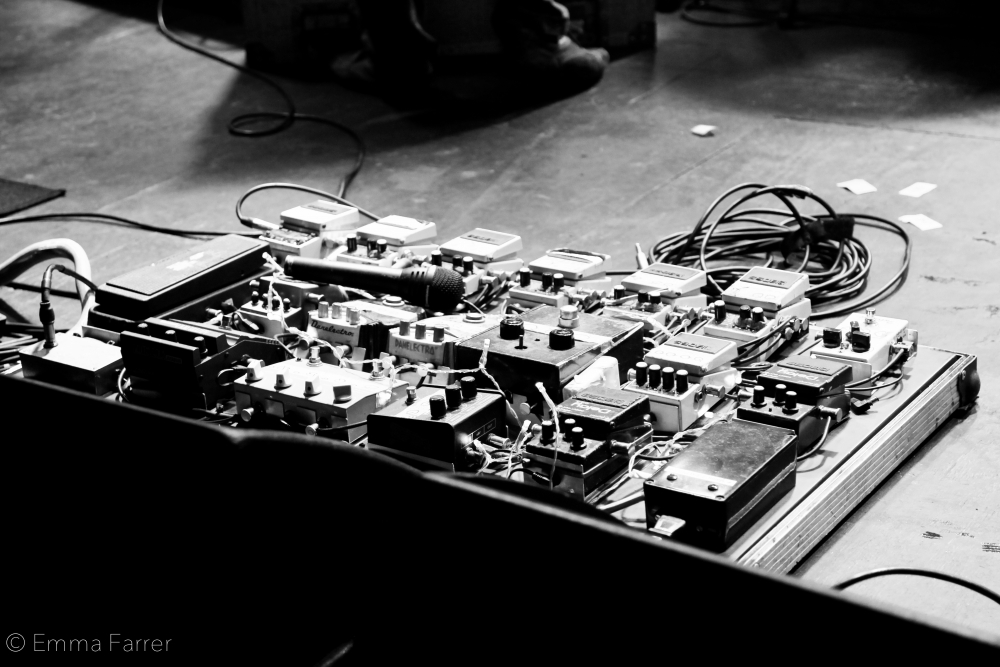 Sel Balamir of Amplifier's rather understated pedalboard. The band was one of the acts performing at Sound Control's Bowie tribute night 'Sound Control to Major Tom' which saw 34 bands and DJs play short sets throughout the afternoon and evening in memory of the late David Bowie and in aid of the Christie Hospital.

Amplifier played just four songs but the band didn't go for a stripped back approach and they brought along their usual array of pedals along with two backing singers and an additional guitarist. Hilariously their sound check actually managed to last longer than their set but the crowd still loved them and we wouldn't want them any other way.