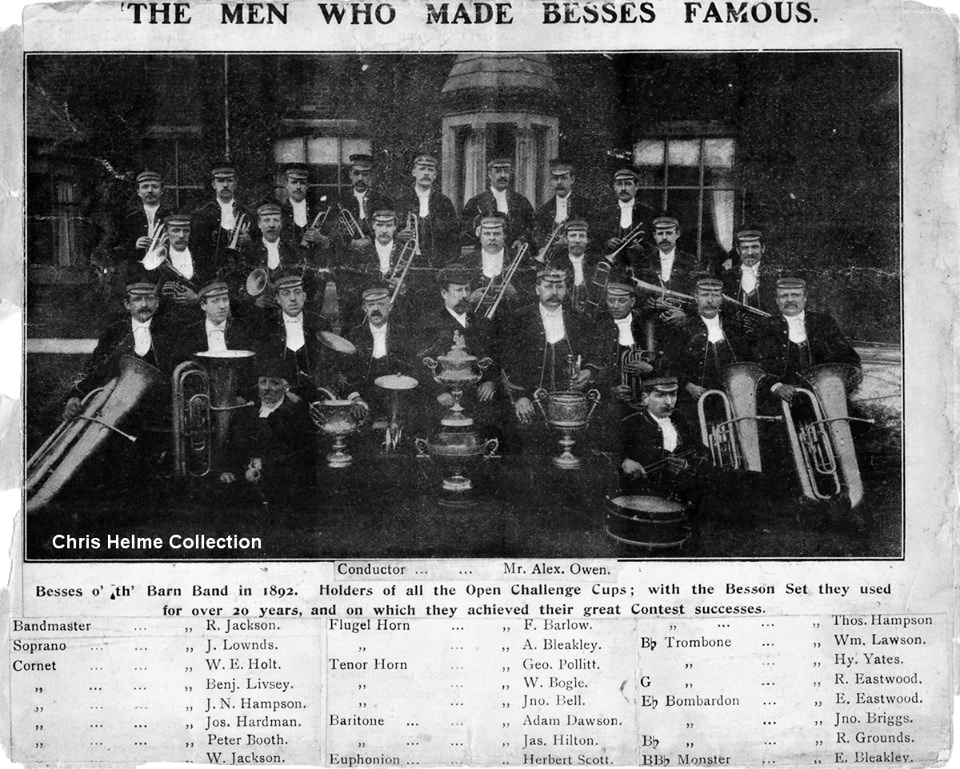 The industrial revolution changed the landscape and the way of life everywhere in the UK throughout the 19th Century and this certainly applies to the development of Brass Bands. The biggest effect on the popularity of Brass Bands was through the development and growth of the railway systems. Suddenly, the World became smaller and more accessible, and competitions were being held regularly all over the UK (every week there would have been a competition in one Town or Village or City). Bands were able to travel via the Train System to any contest that they fancied and they could take their supporters with them. The rivalry between Towns and Villages became intense and supremacy was determined via Band Contests. A Village such as Besses followed the exploits of their Band as ardently as Football Fans follow their Town Team nowadays. It is said that the tension on the streets of Whitefield at Weekends, whilst the results of the contests were reported, was palpable.