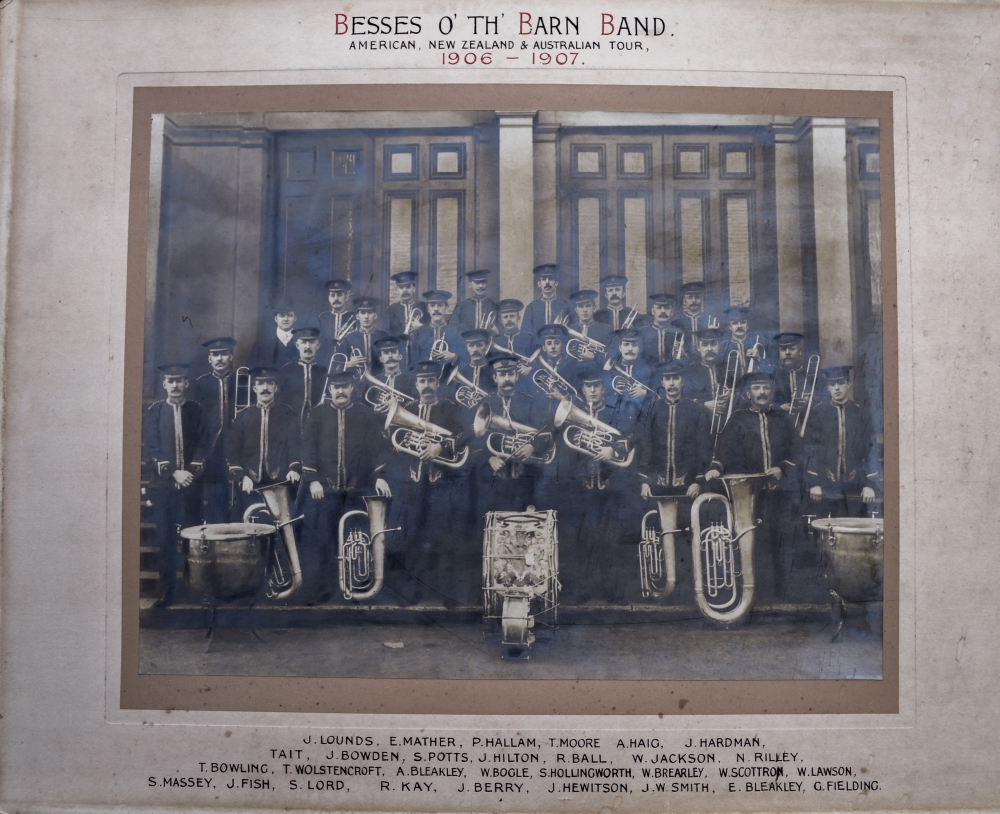 In 1906, Royal Besses o' th' Barn Band embarked on their first epic world Tour, that lasted 18 months and took the Band to the USA, Canada, the Pacific Islands New Zealand and Australia. This would be an amazing feat nowadays but in 1906? The Tour brought International Fame to this Brass Band from the North of England which has never abated.