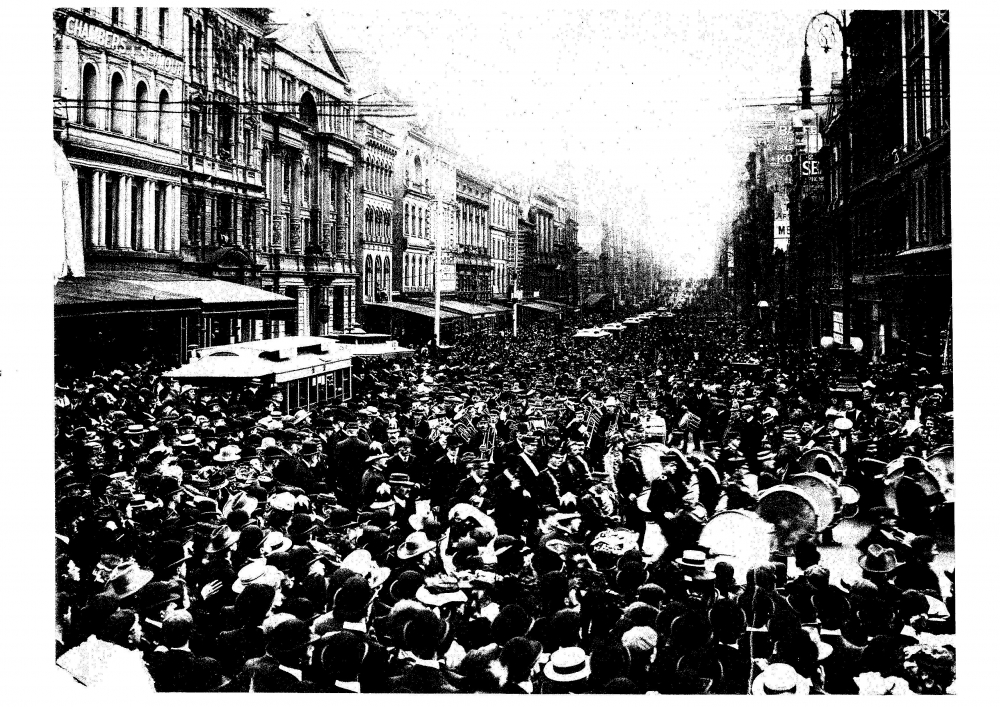 Besses band during their 18 month long world tour which took the band to the USA, Canada, the Pacific Islands, New Zealand and Australia during 1906 and 1907. The Tour brought International Fame to this Brass Band from the North of England which has never abated. 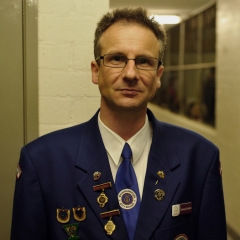 This is a photo of the parade up Collins St in Melbourne, 1907 watched by 70,000 people and led by 22 Victorian brass bands. I never expected to see a photo like this! I'm currently in the midst of writing a blog post about bands that toured Australia in the early 1900's. Is it possible to have permission to use this photo in a blog post? Proper attribution to the MDMA will be given in the caption and in the references and the name of the uploader can be entered as well if requested.
If you'd like to leave a comment, please Login. Login
Manchester Digital Music Archive is licensed under an
Attribution-NonCommercial-ShareAlike 4.0 International License.
Charity no. 1164179
Our archive currently contains 3873 Bands, 759 DJs, 1464 Venues, 323 Industry Professionals and 29799 artefacts contributed by 4066 members.