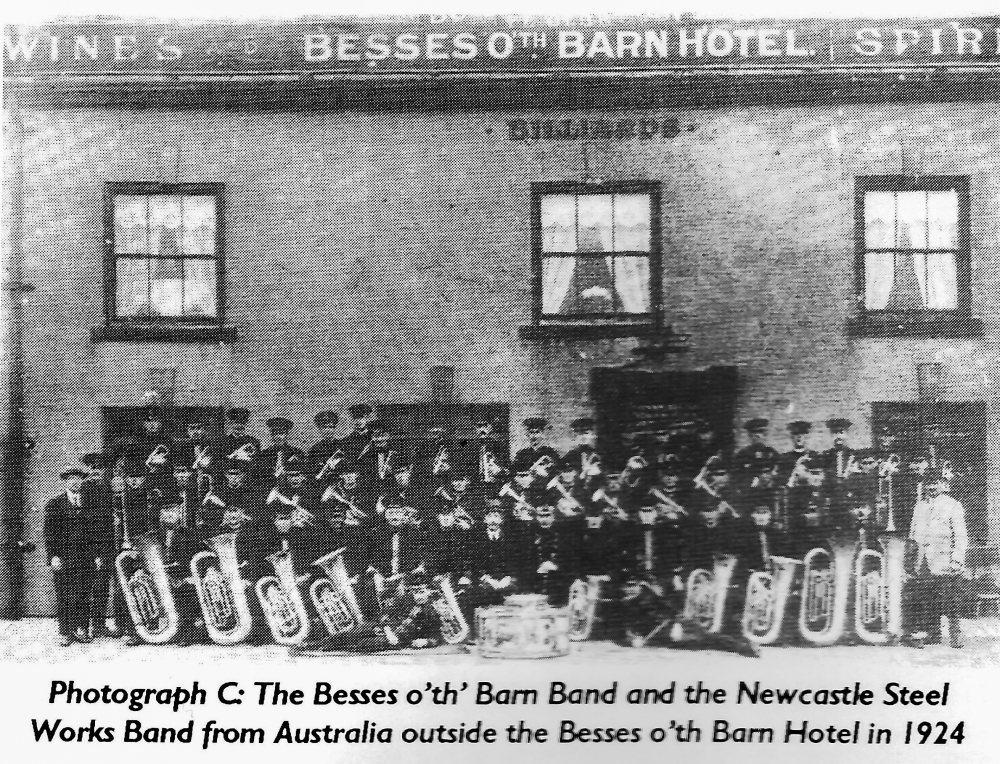 Royal Besses o' th' Barn Band regrouped after the end of the Great War and started to contest again, but retained their Royal connections as they again played for the British Royalty in 1924. This was at a visit of, the now King George V and his Queen, to Knowsley.