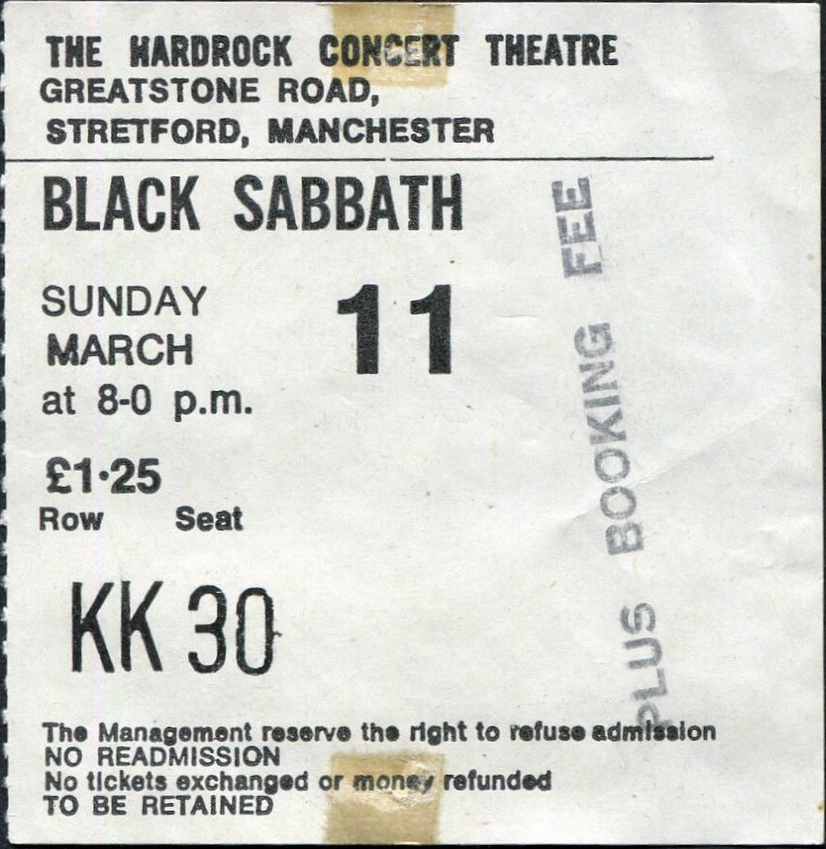 Sabbath touring in support of their album Black Sabbath Vol 4.

This gig was recorded and 5 tracks ended up on the 'Live At Last' album released in 1980.