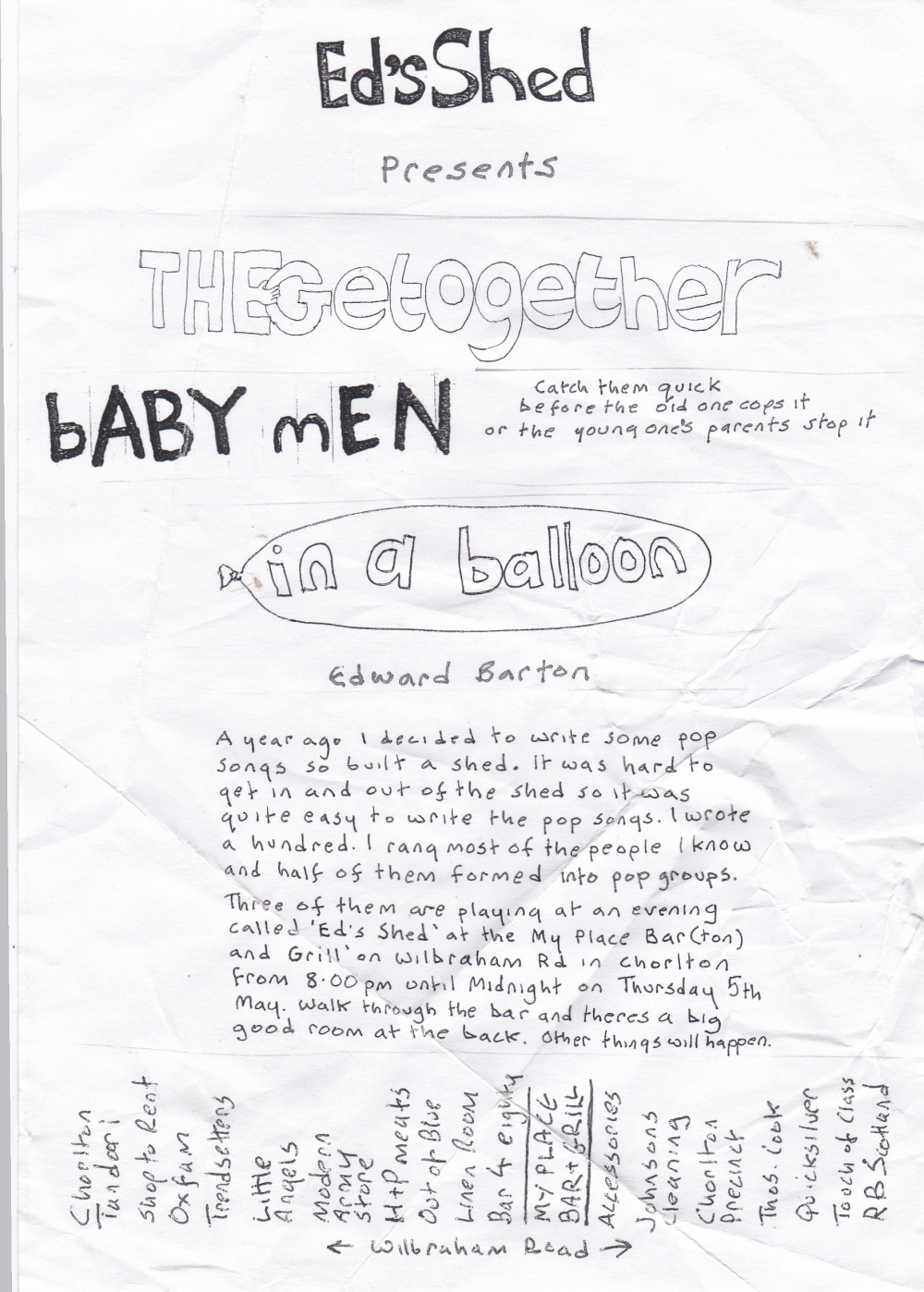 Ed's Shed was a short run night by Edward Barton and his stable of musicians mostly doing Ed's songs at My Place Bar & Grill in Chorlton
It later moved to Dulcimer.
The Babymen were Ed's younger group of early teenage players .
who released the single "Putting Out The Bins" around this time.
Artefact added : 22nd March 2016
by graham