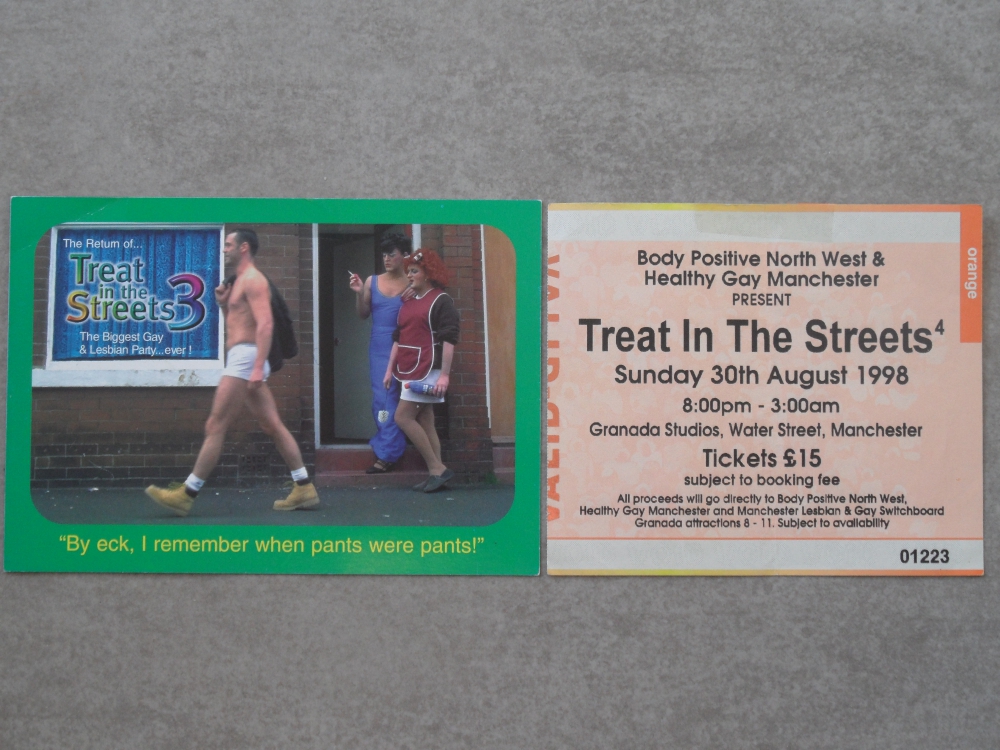 Flyer for Treat in the Streets 3 & ticket for Treat in the Streets 4 (1998).
"The Biggest Gay & Lesbian Party...Ever!" held at Granada Studios.
At one of the events Julie Goodyear (Bet Lynch in Coronation Street) opened the night with a Camp entrance...Sitting in an open top classic American cadillac, dressed in black sequins and feathers and toasting the crowd with Champagne.
Dj's & live PA's played in the film/tv sets...The Baronial Hall, The Baskerville Suite, The Rovers Return...
Dancing on the cobbles of Victorian Baker Street and Coronation Street at 2 in the morning with hundreds of Gay Clubbers = Surreal !
Artefact added : 29th March 2016
by ffof67