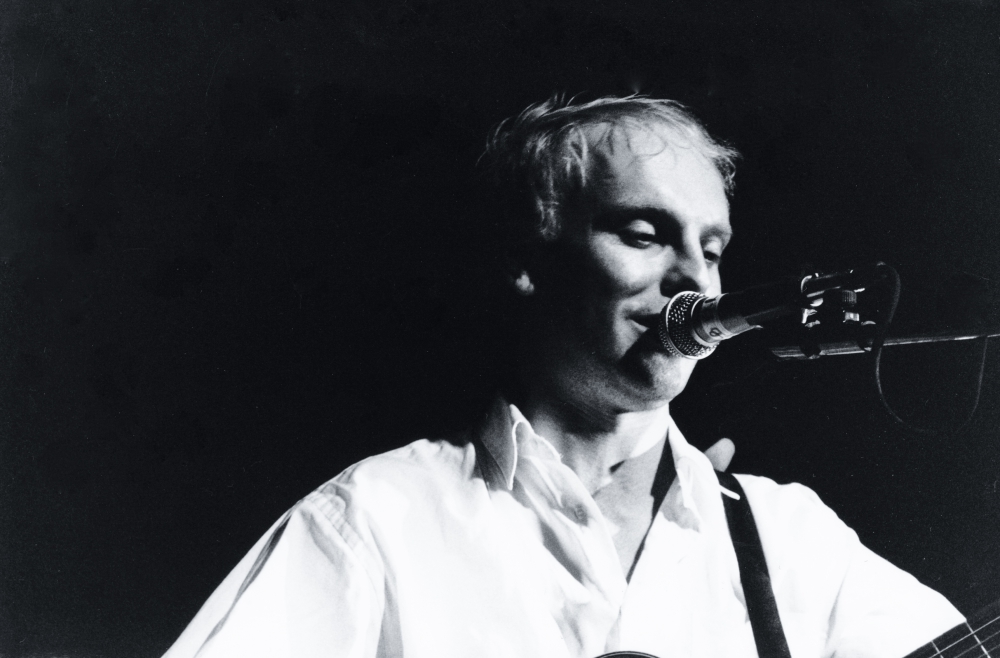 Luke Haines performing with The Auteurs, at the Hop and Grape, November 1999.

The decision to go and see The Auteurs play was entirely my boyfriend’s. He loved Luke Haines with a passion but I wasn’t so fussed. I thought the band were a bit dour and found my boyfriend’s obsession with them as baffling as his appreciation for Tindersticks. There was a whole section of his music collection which I tried to ignore and The Auteurs were most definitely part of that. I agreed to go to the gig as long as I could photograph the show (a deal I have struck with my partner on many occasions since) and he assured me that I would have a good night and I would be really impressed with the band. I can’t say I was exactly. Half way through the support slot Luke Haines wandered slowly through the middle of the crowd without causing the slightest ripple of acknowledgement and I couldn’t understand how someone who was practically being ignored could simultaneously be revered so highly by his fans.

I took my place at the front before the headline slot and after a while a man wandered across the stage towards me and leaned over with a concerned look. “Are you taking photos?” Fearing an argument I responded assertively that yes I was, that I had permission from the PR company to do so and I wouldn’t be using flash. The man said that was all fine but “It’s just that could you stop if Luke looks upset?” I had not seen The Auteurs play before so despite feeling that it was a slightly odd request I acquiesced, assuming that it would be really obvious if Luke “looked upset”. Perhaps he would yell at me or kick something over, whatever he did I would be ready to put down my camera in a heartbeat. What I didn’t realise was that Luke Haines was about to play a set where his facial expressions ranged from very serious to melancholic and he barely moved around the stage. He never looked happy so I had no idea how I would know if he was upset. I almost hoped I would provoke an outburst to see what it was like but I had no idea how I would even do that so I just took some pictures and went home.

Looking back through my pictures over 15 years later I have found one where Luke appears to be doing the smallest of smiles. It’s good to know that I didn’t upset him.