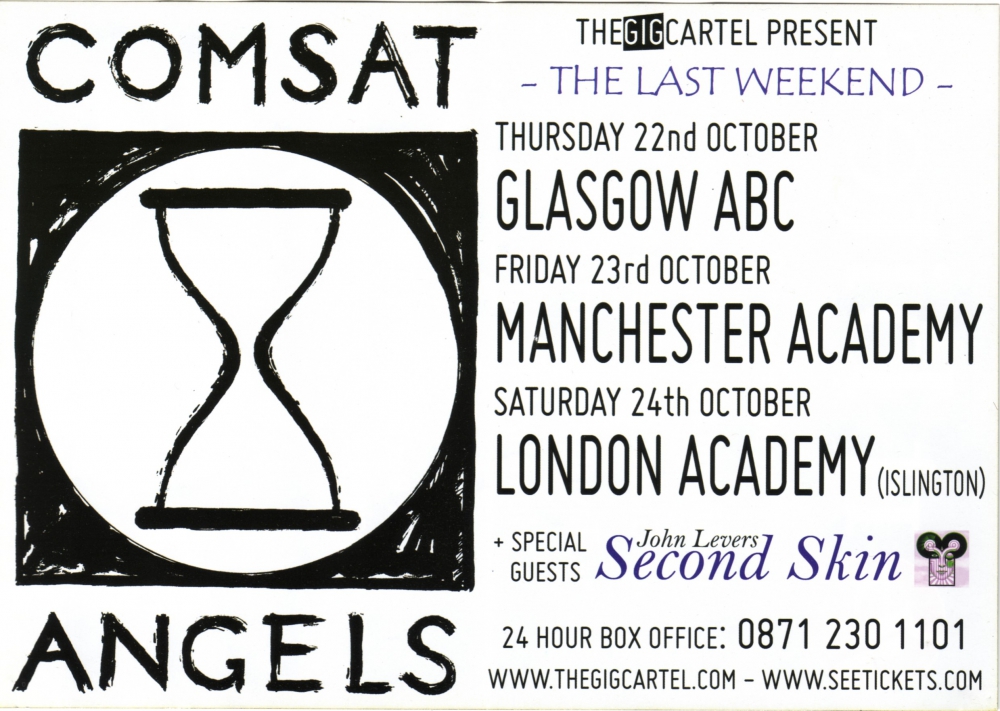 Only my second gig ever in Manchester. Comsat Angels reformed in April 2009 for a one-off gig in Sheffield - fans from as far away as Melbourne and New York flew over for it, and the online fan group got to meet many of each other for the first time!

On leaving the O2 in Sheffield after the gig we were handed this flyer. So it wasn't a one-off after all! Plans were made, rendezvous organised, and again fans from the US, Norway and Holland joined us UK based fans on this mini-tour.

There was a great turn-out for this gig with the Academy being virtually full. Comsats played a 20 song set (setlist to follow) covering their classic Polydor period (1980-82) as well as some of their later work from the 1990s. The Comsat choir was in full voice, and most reckoned this was the best gig of the tour. I managed to filch various memorabilia including a full size gig poster.
Artefact added : 2nd April 2016
by shivadescending