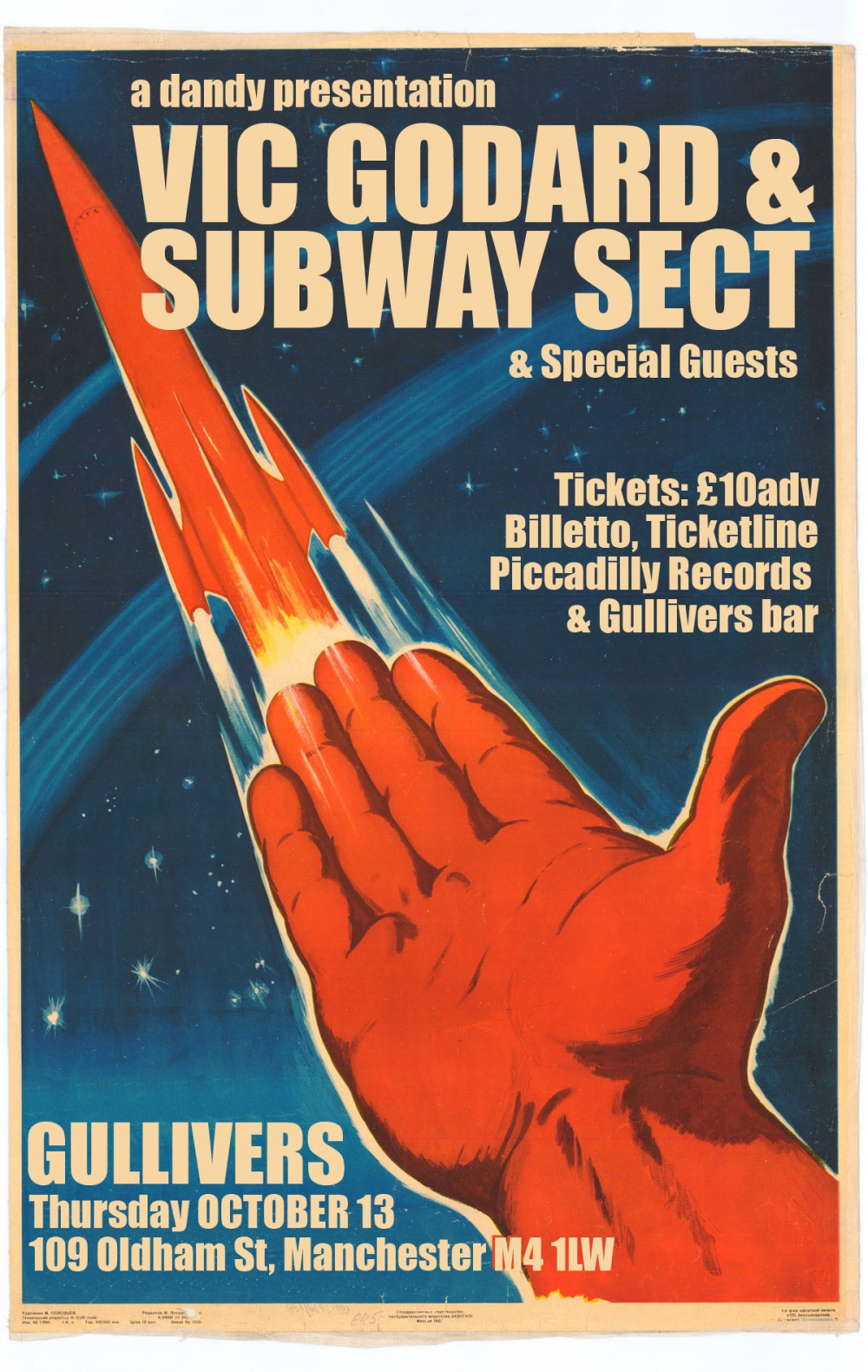 Vic Godard & Subway Sect - Flyer. Thursday 13th October 2016 - Dandy brings Pioneer of Punk Vic Godard and his group Subway Sect back to Manchester for one night only at Gullivers.

Anyone who was there will remember the fantastic show Vic and the 'Sect put on for us back in November last year. So we are delighted they are returning to play for us again this October.

Last year was a great one for the band with the release of their critically acclaimed album '1979 Now!', a string of successful gigs and another delightful session for Marc Riley's BBC 6 music show.

Mike Noon Says –
For 'history's sake', it might be worth noting this gig was, sadly, cancelled due to personal circumstances.

Sugarbug Shaw Says –
Thanks Mike. That is now added, the show is now finally going to happen on December 9 2017 - Again at Gullivers