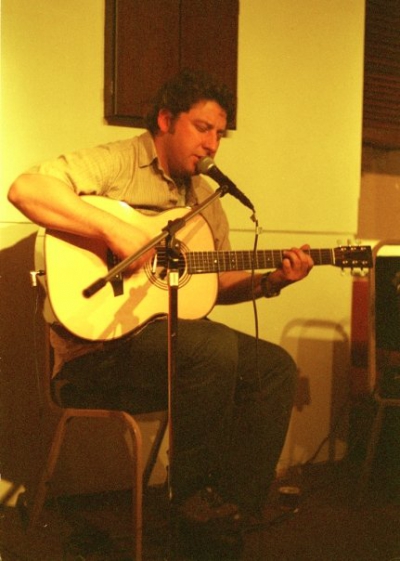 Steve Malley (formerly of 3-piece The Unit Ama, who travelled down from the North East to play in Manchester at least 6 or 7 times between 2002 and 2007) playing at the Briton's as The Horse Loom. The Family Elan from Glasgow were also on the bill that night.

Steve is currently [2016] playing a bunch of dates around the UK with Trembling Bells and perhaps even has a second solo record on the way. The link below is so you can listen to his first, which contains most of the songs he would have played at this gig. Photo by Anthony
Artefact added : 20th June 2016
by storminateacup