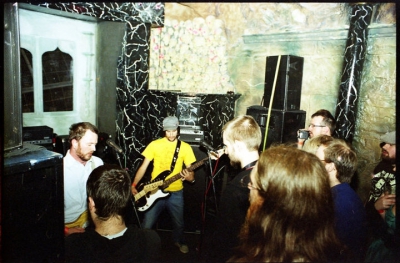 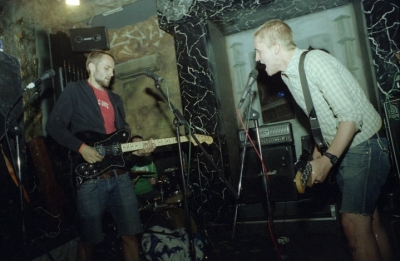 Is this the only time a band played the second room at Satan's Hollow? The first photo is DOLCIM, who I think were from Germany and ex-members of CEASE UPON THE CAPITAL. They later had a split 7" with the Manchester band HAMMERS.

The other bands that night (or was it an afternoon gig?) were ME & GOLIATH (London) in the second pic, and CARRAWAY (Manchester).