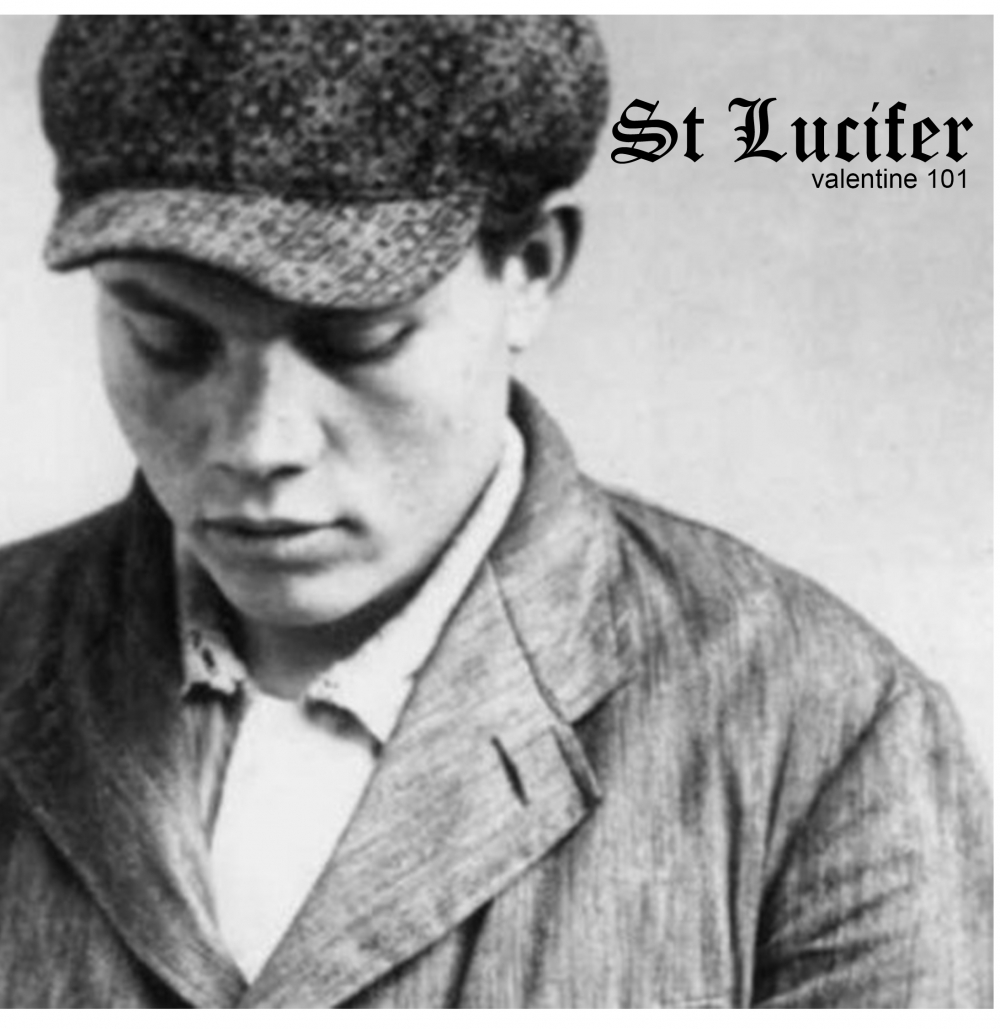 The artwork from St Lucifer's debut single 'Van Der Lubbe Was Innocent/Do As Little As Possible' released on Valentine Records (Catalogue No: Valentine101).

The single was a double A-side and was released as a CD, digital download and in a limited run of 7" singles. It was launched at a gig in Soundwaves Here We Come record shop in Afflecks Palace.
Artefact added : 28th June 2016
by CharlieB